For years Cameron Dunkin was known as one of the best talent scouts in the sport as a manager, where he discovered the likes of Terence Crawford, Kelly Pavlik, Leo Santa Cruz, Stevie Johnston, and Nonito Donaire, among over 30 world champions he handled throughout the years.

Now as the head of Now Boxing Promotions, he is putting together another talented stable of boxers that includes the highly regarded Jaron 'Boots' Ennis and Brandun Lee.

And he tells BoxingScene.com he has inked light heavyweight, David Stevens, to a promotional deal over the weekend. 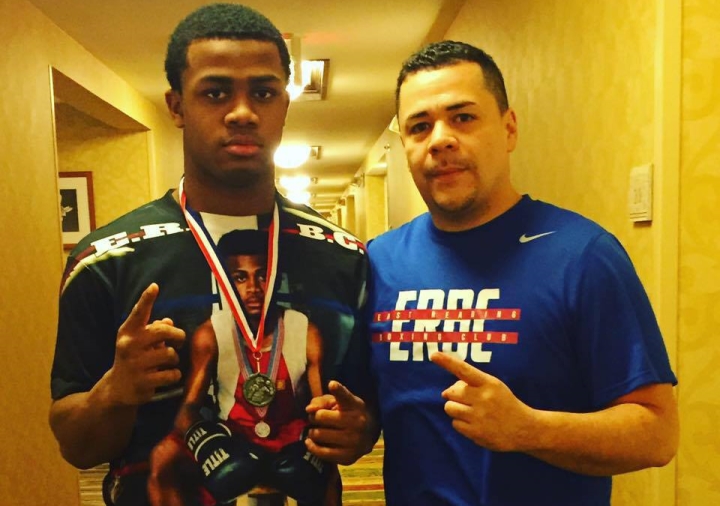 "To me - and including people in the amateurs - he's the number one prospect in the country," opined Dunkin on Monday.

"He's won the Worlds (Ringside World Championships), Silver Gloves and about 12 or 13 national titles. He's only 18 years old and just a phenomenal talent and I'm sky high on him."

Dunkin notes that the native of Reading, Pennsylvania,'' did that at 201 (pounds), he's dropping down to 175. He's going to be a monster."

As for when he will be making his pro debut, "I'd say probably about six-to-eight weeks. I'll find the right spot for him and put him on. But I want to keep him busy."

Stevens says that his boxing inspiration is one 'Iron' Mike Tyson and according to Dunkin, "everybody calls him another Tyson. You don't want to put that on him but he's a tremendous talent and everybody thought he was going to stay for the Olympics but he just decided to go pro and I'm glad he did. It's a tremendous signing for my company."

To this day, I still don't get why more top managers (Frank Espinoza, Cameron Dunkin, RGBA, Egis Klimas, etc) don't just follow Haymon's lead here. Work with whatever promoter that you want to work with, but these top managers should…