Former interim WBA-super flyweight champion David "Tornado" Sanchez, died Friday morning at his hometown of Sonora, after crashing his car, while he was accompanied by his brother Jonathan, on the Hermosillo Bay of Kino.

Sánchez, just 25 years old, had become the first world champion of Hermosillo, Sonora, in 2014 and although he had lost the championship in 2015, he was in the process of relaunching his professional career. He had just defeated Victoriano Núñez on April 7 in Puerto Peñasco, Sonora.

Rafael Soto, representative of the Sonoran pugilist, reported that David and his brother Jonathan were driving a Ford Fusion to his native Miguel Alemán, 40 minutes from Hermosillo on Thursday night, and returned to Hermosillo to train at 5:30 p.m. 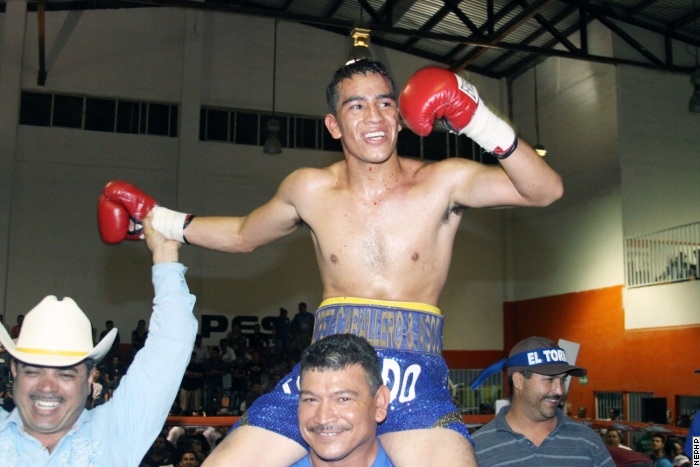 "Roberto Sánchez, who is the other brother who boxed, did not want to go to Miguel Alemán because he had to do sparring and wanted to rest a little longer, but both David and Jonathan went to the village and went back to Hermosillo when it happened, the accident, in which both died," said Soto after the accident.

David made his debut on April 25, 2008 with a victory over Trinidad Ruiz, accumulating victories and a few defeats until he entered the Aztec Champion tournament where he made himself known even though he did not win. He was tested against quality rivals and received in 2014 the opportunity to go after the interim scepter to Breilor Terán, and won by points in Sonora.

Already as interim-champion, he defended successfully against ex-champion Juan Alberto 'Topo' Rosas, but lost in his second exhibition against the tough Panamanian Luis' Nica 'Concepción in September 2015. In 2016 he again lost to high-ranked Luis' Panterita 'Nery but since then he had accumulated a pair of wins. He left his mark in 31-4-2 and 23 KO's.

For his part, his brother Jonathan, also deceased in the accident, made his debut in 2010 as a professional boxer and accumulated a mark of 18-3 and 11 knockouts. They called him 'Lefty' and he was barely 23 years old. Roberto 'Tito' Sánchez, the brother who did not accompany them, is 14-1 with 9 knockouts.

Thoughts and prayers for the Sanchez family, this is truly tragic.

For those wondering what happened, it's been said that he invaded the oncoming lane and a was hit directly by a 16 wheeler. It was really early at 3am so he most likely dozed off. Sad RIP tornado.