Olympic bronze medal winner David Price believes a knockout victory is required when he faces Dave Allen in a heavyweight crossroads encounter in the coming months.

On July 20th at the O2 Arena in London, Price will collide with Allen as the co-featured attraction to another heavyweight bout, between Dillian Whyte and Oscar Rivas, which is being carried by Sky Sports Box Office.

Price's last bout was filled with controversy, after his opponent Kash Ali was disqualified for biting him in the fifth round. 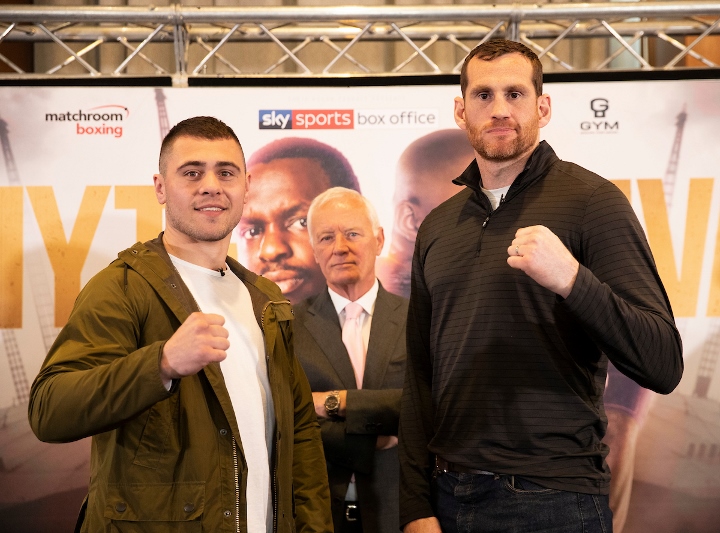 Another loss and Price's career, at least as anything more than a gatekeeper, will be over.

Allen, due to his recent run of solid wins, is the better favorite to take Price out.

Price has been stopped several times in the last few years, including a brutal knockout last year at the hands of Alexander Povetkin and a stoppage loss due to injury at the hands of Sergey Kuzmin. Price has also been stopped twice by Tony Thompson and also stopped by Chritsian Hammer in what was considered an upset at the time.

But Price wants to make a statement by knocking Allen out.

"It's a great fight, he's as tough as they come," said Price to Sky Sports. "He's the actual favourite in the fight. He's won his last four fights and just beaten a big name in his last fight.

"I'm just going to try do what people think and I think is probably difficult to do, knock Dave Allen out. He's been stopped on his feet, he's probably one of those fighters who could go through his whole career without getting put on the floor but that's what I'm going to be looking to do. It's the biggest fight of my career by far, so I need to do everything possible to make sure my hand is raised on the night."

[QUOTE=cameltoe;19702826]If David Price can make it to round 4 without collapsing in a glowing red heap of oxygen deficiency it’ll be a friggin miracle. Stopping someone on rd 8-10, yeah ok and he can smash out a marathon in 3hrs…

[QUOTE=Tonyu;19702767]Just my opinion bud[/QUOTE] If David Price can make it to round 4 without collapsing in a glowing red heap of oxygen deficiency it’ll be a friggin miracle. Stopping someone on rd 8-10, yeah ok and he can smash out…

As long as you don't gas and get slept first Price. Seriously someone needs to save this joke from himself.

[QUOTE=mmamachine;19702588]Maybe but have you ever seen Price after 3 or 4 rounds, never mind 8-10[/QUOTE] It's just my opinion I just think Price is better than Allen, I'm not saying Price is a world beater just better than Allen.