David Price is Hoping To Fight a "Clean" Alexander Povetkin

The contest is scheduled for March 31, as part of the Anthony Joshua vs. Joseph Parker card at Principality Stadium in Cardiff, Wales.

Nobody in the heavyweight division, outside of WBC champion Deontay Wilder, has been more affected by opponents using performance enhancing drugs. 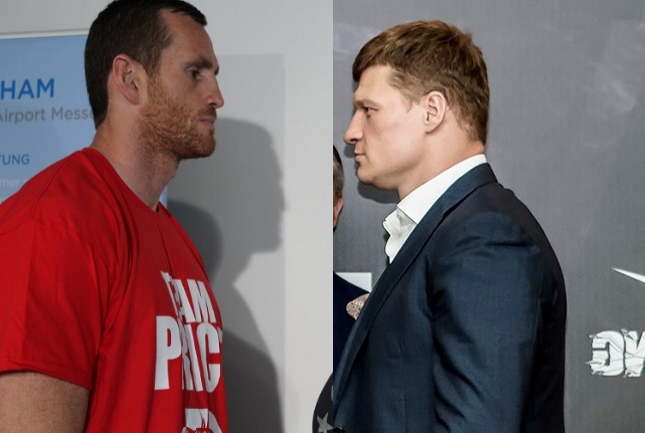 In 2013, Tony Thompson stopped Price in five rounds and later it was revealed that Thompson had tested positive for hydrochlorothiazide.

And then in 2015, Price was knocked out in two rounds by Erkan Teper, who later tested positive for clenbuterol, testosterone, growth hormone and methandrostenolone.

So now he faces Povetkin, who in 2016 had failed two pre-fight drug tests - for meldonium and ostarine. And those positive tests saw scheduled fights with Wilder and Bermane Stiverne get canceled as a result.

Price is a huge underdog in the fight with Povetkin, and hopes the contest will be fought on an even playing field with two clean athletes.

“I’m expecting to get drug tested for this fight. But will Povetkin? Will he get tested out in Sochi? I can’t see it. Also, I’m not the ‘house fighter’. Eddie Hearn (the event promoter) won’t be sending VADA (Voluntary Anti-Doping Association) anywhere on my behalf," Price told Boxing News.

“You’ve just got to take it on face value. Where you’ve been naïve in the past to think people have too much to lose to do it, you need to realise people think, f*** it, we’ll get away with it. But, in this situation, Povetkin really does have too much to lose. He’s mandatory challenger to Anthony Joshua. He has a lot of money to lose. I’m hoping this means he is clean.

“The upside to March 31 is crazy compared to where I am right now. It’s another world. It’s simple enough: if I beat Povetkin, I’m right in line for the biggest fight in the division.”

Price needs to land the punch of the century.

LOL, Price was GIFTED a win where he clearly lost to a 4-10-2 fighter, Sokolowski... go ahead and watch this masterpiece. [url]https://www.youtube.com/watch?v=6IQEItWHE_o[/url]

Lol, The Big Stiff Idiot was looking like a damn raccoon in an interview today with 2 big ole black eyes going up against **** sparring partners in Germany. How do you think he will do against a Povetkin that…

Respect to price for fighting povetkin, wilder ran from that fight with the swiftness!