Olympic bronze medal winner David Price is looking to get back in the ring in the coming months.

Price, coming off a TKO win over David Allen, was last in the ring back in October, when he came in on late notice to face dangerous puncher Derek Chisora. Price was stopped in four rounds at the O2 Arena in London.

Because he took that fight in late notice with only a few short weeks of preparation, he's not basing his future in the sport off of that loss. 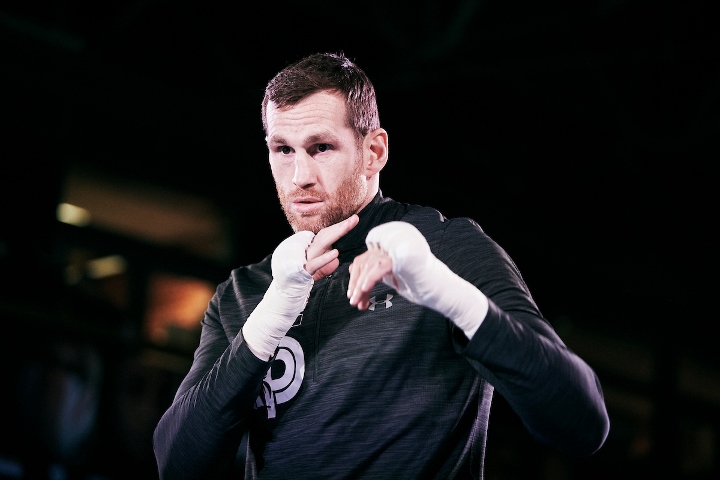 Even with a proper camp, Price admits Chisora would always present a difficult task to overcome.

"End of March, early April, that would be right," Price told Sky Sports. "The Chisora fight, you get judged on your last fight obviously, but the reality of it is, I did come in at short notice and it wasn't ideal preparation and everything else.

"As far as I'm concerned, I can't judge myself on that performance. I can't go from performing as well as I did in July to being on the scrap heap, because I came in at a short notice job against Derek. The circumstances weren't ideal, the build-up wasn't great, even when I had the fight signed. But Derek Chisora for me, even with a 12-week camp, would be a difficult proposition, because styles make fights and Derek is wrong for me."

But that contest does not work for Price, who would rather face someone like former world champion Lucas Browne.

"Michael Hunter, to be fair isn't the ideal opponent for me," said Price. "He's small and nimble and they're not the type of opponents I'll be looking to get straight back in with.

"I'm thinking more along the lines of Lucas Browne. That's a fight I'm really interested in. I think it's a good fight for both of us. Whether that's the fight that I have to come back, or not, I don't know.

"I've come this far and it's obvious that I've got my own vulnerabilities. Lucas Browne is the wrong side of 40, he's had a couple of high-profile defeats, but that being said - he's still only lost twice. In reality, he's the favourite, a big puncher, wide open himself to big shots. It's what the fans would call a fun fight."

[QUOTE=BigZ44;20326801]****ing hell, the idea of this fight excites me so much I literally can't stop thinking about it. I pray it comes to fruition, winner gets Ustinov!![/QUOTE] I can see it now.... Boxing British Lumberjack David Price squares off against…

Probably a decent fight for Price that.

I'd be happy never seeing either of these two punch drunk has beens fight again!

Actually its worse in the States Wilder was topping the bill in casinos trashing cherry picks at about 25 fights the same as these guys have had. At least these guys now they're not great and trying to cheat the…