David Haye - A Look Back at Five Career Defining Fights

The 37-year-old is a former WBA, WBO and WBC cruiserweight and WBA heavyweight champion.

David Haye has announced his retirement from boxing, having made his professional debut in 2002.

Jean-Marc Mormeck, November 2007
Haye won his first two world titles when, having travelled to Paris to challenge France’s feared Mormeck, he recovered from a fourth-round knockdown to win via a seventh-round knockout after landing a fine combination. Victory set up a unification fight with Wales’ Enzo Maccarinelli, who he stopped inside two just four months later to add the WBO title to his collection. 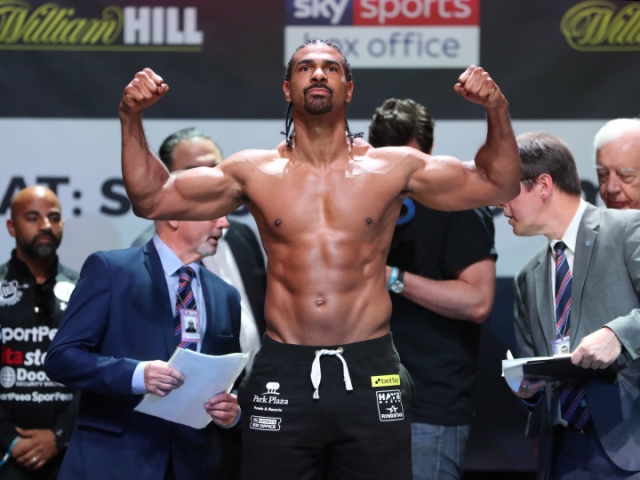 Nikolay Valuev, November 2009
In his second fight following his permanent move into the heavyweight division, Haye truly captured the imagination of the British public by challenging Russia’s seven-foot WBA champion Valuev. Despite breaking his right hand in the opening rounds in Nuremberg, Germany, he used his speed and mobility to overcome a significant size disadvantage and become the world heavyweight champion, as he had long promised he would.

Wladimir Klitschko, July 2011
Haye finally secured the biggest night of his career when agreeing to travel to Hamburg in a unification fight for the WBA, WBO and IBF heavyweight titles, but he simply proved too small to take advantage of the opportunity he had long sought. Blaming a broken little toe for an underwhelming performance that led to him being convincingly outboxed, he damaged his reputation and lost his status as a world champion, which he would also never recover.

Dereck Chisora, July 2012
A fight that began as a brawl in a press conference became a reality at Upton Park despite it not being sanctioned by the British Boxing Board of Control. In his biggest grudge match and his final fight at the level that had once brought him such success, Haye produced another classy performance to become the first to stop the tough Chisora, doing so in five rounds.

Tony Bellew II, May 2018
Haye had unexpectedly lost to Bellew 14 months earlier when he ruptured his Achilles mid-fight in an injury that had somewhat masked his decline. Supposedly fit for last month’s rematch, he was unable to hide the loss of his abilities and punch resistance as an opponent who was a light-heavyweight while Haye was the world heavyweight champion dropped him three times before the fifth-round stoppage.

Does the guy even have one? Lol Haye made so much money yet his best win is over an old Mormeck and Valuev.

David Gaye followed the typical euro-bum blueprint on making millions in exploiting the dumb UK casuals : Gaye ducked the #1. American champion U.S Steve Cunningham after Steve beat a prime Marco Huck for the IBF, only to challenge a…

I was a huge fan after his punch up with Carl Thompson. He gave and then received a good beating in that fight, and it wasn’t a fight he needed to take so early in his career. I think he…

As impressive as his wins over Mormeck and Valuev were, it's telling when two out of your five career-defining fights were humiliating losses.

his resume was pretty terrible. popularity and quality don't always go together