Sampson Boxing claimed that on or about May 18th of this year, Keane convinced Benavidez to accompany him for a meeting with Arum to discuss a new promotional contract with Top Rank. 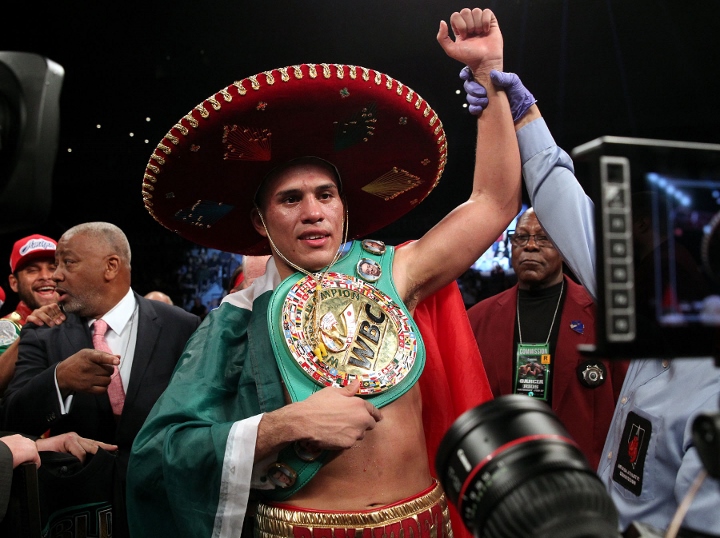 It's stated in the legal documents that Arum paid Benavidez an advance of $250,000 as part of his new deal with Top Rank.

There was only one problem, Benavidez (20-0, 17 KOs) had signed a new promotional contract with Lewkowicz in November of 2017 - and that contract, according to the documents attached to the filed complaint, is valid until 2021.

Benavidez had been scheduled to fight Matt Korobov in a Showtime televised fight on July 28th in Los Angeles - as the co-feature to Mikey Garcia vs. Robert Easter.

But because of the legal situation, Benavidez was removed from the card and will now face his mandatory challenger Anthony Dirrell, which the sanctioning body ordered a few weeks ago.

Lewkowicz has advised BoxingScene.com that Benavidez will remain with his company, and adviser Al Haymon - and the boxer returned the $250,000 signing bonus to Top Rank.

Lewkowicz intends to continue his lawsuit against Keene.

"I'm very happy that Benavidez is back home. I expect my lawyers and Bob Arum to finalize everything this week and continue our friendship. This was a misunderstanding. There are no bad feelings because they were misled. However, I intend to continue my lawsuit against Keane. He misled Top Rank, he misled Benavidez, he misled Bob Arum - and he's going to get everything that is coming to him. He will not get off for free. He has a lawsuit pending in Florida and shortly he will have another one pending in California," Lewkowicz told BoxingScene.com.

[QUOTE=Steven Mccowan;18853961]Spoken like a true new,age boxing 'fan' haha. Happy that a good fight got scrapped because you dont like a certain promoter. WOW[/QUOTE] Arum attempted to steal a fighter that Sampson not only found but groomed. You are the…

[QUOTE=lizard_man;18854017]Do you really think arum would have made benavidez zurdo right away? He's the king of marination. That fight wouldn't have happened til the end of their contracts.[/QUOTE]king of marination? Thefookin ww's that signed with pbc 4 yrs ago have…

[QUOTE=Ray*;18853615]Am actually surprised. i thought Arum had a good case to mess with this guys contract. I guess he has really gone senile finally now.[/QUOTE] He tried to strong arm him. You sign him. Give him a signing bonus. When…

[QUOTE=MDPopescu;18853848]... stating the obvious for a boxing fan... :) (David Benavidez is still a kid anyway...)[/QUOTE] You're a 100% right, unfortunately what's obvious for boxing fans isn't always obvious to some of the cats that root for promoters on this…