Dave Coldwell has opened up on his split from heavyweight Dereck Chisora.

The trainer, who is based in Rotherham, guided the former world title challenger and ex-British, Commonwealth and European champion to his victory over Artur Szpilka back in July.

But Chisora, who on Monday sensationally threatened to pull out of his next fight if he wasn’t rewarded with a bigger purse and top pay-per-view billing, revealed that he will have a new trainer in his corner when he returns. 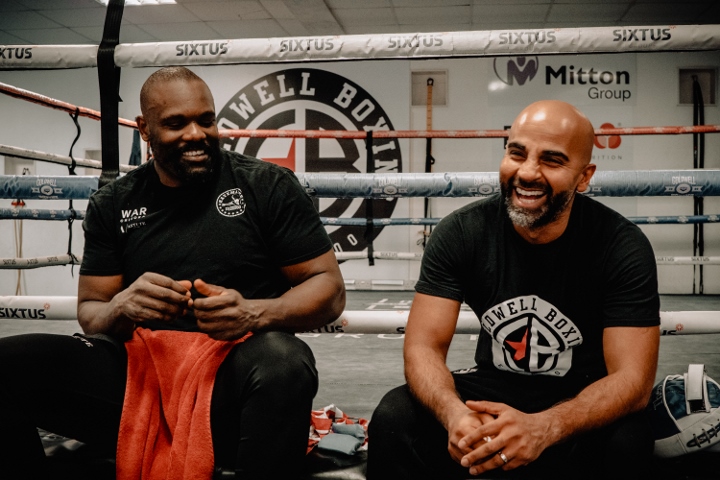 The Finchley puncher, 35, takes on former WBO world heavyweight champion Joseph Parker on October 26 at the O2 Arena in London, exclusively live on Sky Sports Box Office in the UK and DAZN Stateside.

He was dismayed at having to play second fiddle to Josh Taylor’s world title unification showdown against Regis Prograis.

The Scot will put his IBF crown on the line against the man from New Orleans, who has the WBA and WBC Diamond belts, while the vacant Ring Magazine bauble will also be at stake in the World Boxing Super Series tournament final, with the winner walking away with the Muhammad Ali Trophy.

But after the news came out about Chisora being on the hunt for a new coach, Coldwell addressed the matter in a social media post.

"[It’s] disappointing, of course, that I won’t be working with [Chisora] for the Parker fight, but he needed me to train him in London & I can’t do that. My fighters need me in the Coldwell Gym and my family need me at home so unfortunately that means it just couldn’t work this time around.

“It’s been great working with him, he’s genuinely been a pleasure to work with and has supported the young fighters in the gym brilliantly.

"Myself, my family & the boys in the gym all wish Dereck the very best of luck for preparations & for the big fight itself and we’ll be there cheering him on with the fans come fight night."

Chisora’s clash with Parker and Taylor’s showdown with Prograis are flanked by a plethora of top names and match-ups.

There is a crossroads lightweight dust-up between three-weight world champion Ricky Burns and ex-IBF featherweight king Lee Selby and James Tennyson will face Craig Evans in the same division with the WBA International and WBO European trinkets on the line.

Lawrence Okolie steps up in class from British level to take on Yves Ngabu in a challenge for the European cruiserweight title and Conor Benn will also feature alongside IBO female world super-featherweight champion Terri Harper.

New additions to the card, including the expected spot for Watford super-bantamweight Shannon Courtenay, will be revealed in due course.

Probably more happening than let on, which is fine. It's none of our business.

I always find it odd when trainers who seem like they know what they're doing and are likeable, have fighters leaving them after only one or a few fights. Those who come to mind are Caldwell, Shane McGuigan and Adam…