David Allen will be looking to rain down the big punches, very early, when he faces Olympic bronze medal winner David Price in a very important crossroads fight.

The bout takes place on July 20th, on the undercard of the Dillian Whyte-Oscar Rivas at London's O2 Arena.

Allen, who comes in to the fight as a betting favorite, is returning from a career-best knockout victory over former WBA world champion Lucas Browne. Allen ended Browne in the third round with a big knockout victory. 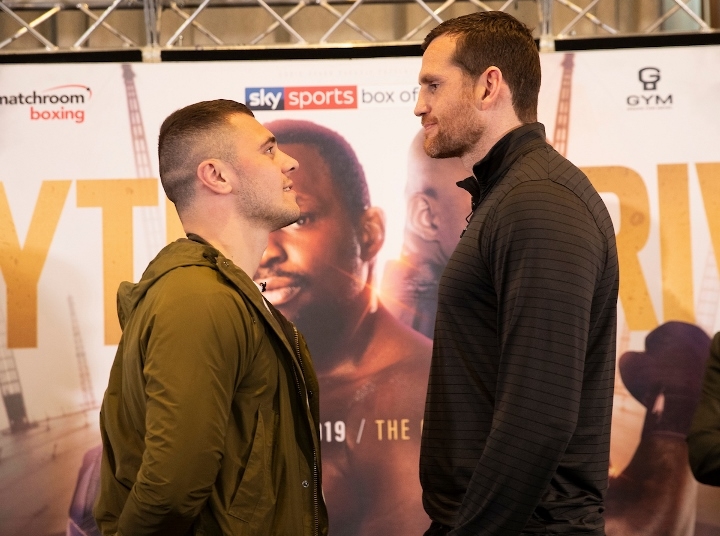 Price has been knocked out in almost all of his defeats.

He was stopped by Tony Thompson twice, knocked out by Christian Hammer, brutally KO'd by Alexander Povetkin, stopped by Sergey Kuzmin due to injury, and also knocked out by Erkan Teper, who later tested positive for steroids.

"I think it will be a very exciting fight, I don't see how it can fail not to be," Allen told Sky Sports.

"One of us will get knocked out. Hopefully him, possibly me, we'll see what happens. I'll roll the dice, as always, and we'll see what comes up. I will knock David Price out. I can be modest and all that, but I really truly believe. I'm younger, I'm fresher, I'm hungrier. Yeah, there are many things he does better than me - boxing one of them - but I will get to him and knock him out. I really believe I will take him out inside one round.

"I won't lose, I refuse to lose. I'm a different character. You saw me six months ago, I'm a different man. Now I'm fit, I'm hungry, I'm fresh. I see what's there for the winner, I want it and he won't stop me from getting it. The winner of this fight puts themselves in the top 15 in the world. On the back of the Browne fight and the other wins I've put together, it would be nice - David Allen, top-15 heavyweight in the world - it sounds good and we'll see where we go from there."

If Price jabs instead of looking for the one punch, he wins a shutout.

I can only see a KO win for Dave Allen here, Pricey never had the best conditioning but always had a massive punch to make up for it. Ever since the KO losses to juiced up Teper and Thompson he's…

Should be a fun fight while it lasts Neither guy is gonna be world champion but no shame in that. It's a good solid domestic level fight The winner should get a decently ranked opponent in their next one

get your conditioning in to crazy levels so you can withstand the shots, fight at a high pace for 2 rounds and after that Price is there for that taking as he gasses everytime

Both guys do not even pretend they are boxers or have a game plan. They both plan to throw bombs and take the other guy out ASAP no plan b or strategy