Danny Garcia will watch with a critical eye when Manny Pacquiao and Adrien Broner box in a couple months.

The former WBC welterweight champion hopes to get a chance to fight the winner later in 2019. The Pacquiao-Broner bout will be announced soon, probably for January 19 at MGM Grand Garden Arena in Las Vegas.

Philadelphia’s Garcia (34-2, 20 KOs) discussed facing the Pacquiao-Broner winner and other options with BoxingScene.com. 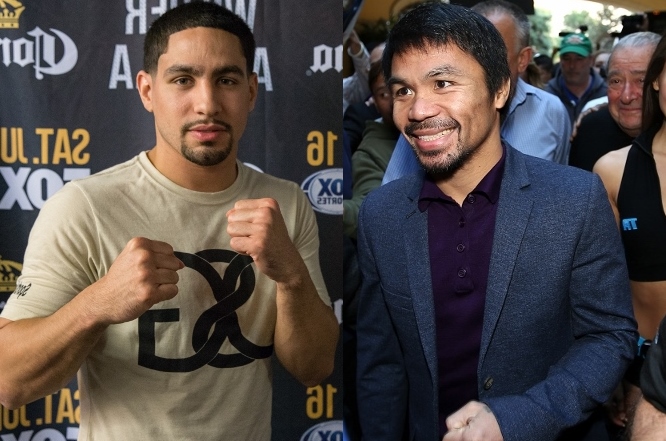 “I want a rematch with either Porter or Thurman,” said Garcia, who lost a 12-round unanimous decision to Shawn Porter in their fight for the vacant WBC welterweight title September 8.

The 30-year-old Garcia figures Pacquiao-Broner, which will be distributed by Showtime Pay-Per-View, is a fight that could either way.

“I think it’s a 50-50 fight,” Garcia said. “You know, Pacquiao is a little older now, but he just throws more punches than Adrien. And I think that’s the key. I think Adrien has to keep up with his pace a little bit. But if Adrien can do that, I think he can win the fight. But if he lets Pacquiao out-work him, then I think Pacquiao’s gonna win.”

[QUOTE=Halama86;19254834] "Terrible" is a stretch for me, but you're entitled to your opinion. I'm not a boxing expert, just a fan, so I very well could be missing things that others are seeing.[/QUOTE] I'ma help you out. Watch Pacquiao/Algieri or…

[QUOTE=revelated;19252801]Had to fix that (underline) but you can't be serious with that last sentence. He looked terrible against everyone I bolded.[/QUOTE] The fix was unnecessary, as I stated earlier in the opinion that I wasn't counting those fights as losses.…

Not surprising. Danny has always gone after big names when they were past their primes. Nate Campbell, Erik Morales, Zab Judah, Kendall Holt. It makes his resume look a lot better than it actually is.