“I definitely feel that I am a Hall of Famer fighter — right now — if you look at the last decade, and what I’ve accomplished,” Garcia told BoxingScene.com in an interview. “I’ve been headlining world title fights since 2012. I fought 13 former world champions. I won three titles in two different divisions. You can’t really ask for more from a fighter.” 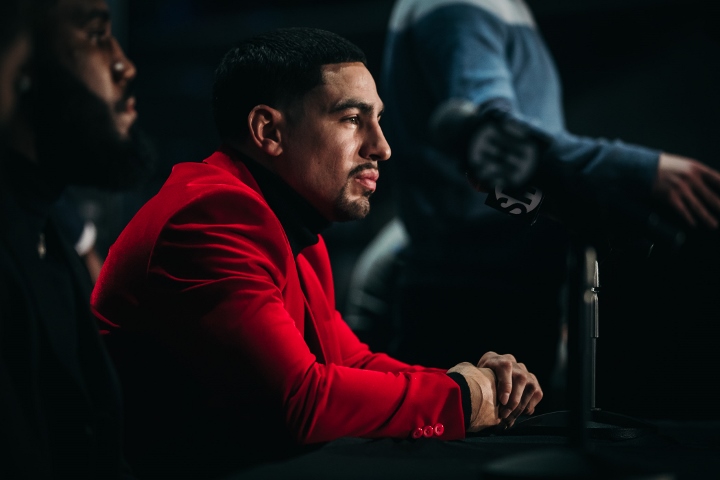 Redkach isn’t the opponent who will further stamp Garcia’s resume as an all-time great, but the Ukrainian boxer will be a necessary hurdle in order for Garcia to next fight the likes of PBC stablemates Manny Pacquiao, Errol Spence Jr. and Keith Thurman.

Garcia listed the aforementioned foes as fighters he’d next like to face in his pay-per-view debut, a task he feels is long overdue.

Garcia, a Puerto Rican who fights out of Philadelphia, has been a boxing mainstay and a popular draw over the last decade at locales like the Barclays Center and being a hit with TV ratings.

His only two career losses have come to Shawn Porter in 2018 and Thurman in 2017.

A potential fight and win over the Pacquiao, Spence Jr., Thurman or Porter will further help make Garcia’s Hall of Fame case.

DSG should do stand-up comedy !

hes getting there, but when you are active its too early to call it, unless your name is mannyweather.

[QUOTE=JakeTheBoxer;20323445]I am not sure if he beats them, but he gives them a hell of a fight. Spence hardly beat Porter. How is Spence a monster now?[/QUOTE] I dont think Spence is a monster by any means, I was one…

[QUOTE=LetOutTheCage;20323430]Maybe so but Crawford is a 3 weight world champion and a win against Spence or vice versa a win for Spence against Crawford elevate their resume above Garcia. In your opinion do you think Garcia beats either of these…