Danny Garcia’s goals while still a welterweight are to win another “big fight” and to become a 147-pound champion again.

The former WBA and WBC welterweight champ can’t think of a better opponent than Manny Pacquiao to help him accomplish those two objectives on the same night. Philadelphia’s Garcia would welcome welterweight bouts with Errol Spence Jr., Keith Thurman, Shawn Porter and Mikey Garcia as well, but he believes he is the perfect foe for Pacquiao’s next fight and vice versa.

Danny Garcia discussed the importance of opposing Pacquiao during the most recent episode of “The PBC Podcast,” which debuted Wednesday on premierboxingchampions.com.

“I think that’ll be, you know, the biggest fight that Manny, you know, if he wants the big money and he wants the pay-per-view buys, I feel like I’m the perfect guy to fight, who’s gonna meet that, you know,” Garcia told co-hosts Kenneth Bouhairie and Michael Rosenthal. “But it’s up to him. He’s the legend and that’s a fight I really want. I thought it was gonna happen in the summertime, but he fought Thurman. And it is what it is. But I’m here. You know, if the legend wants to fight, let’s get it on.” 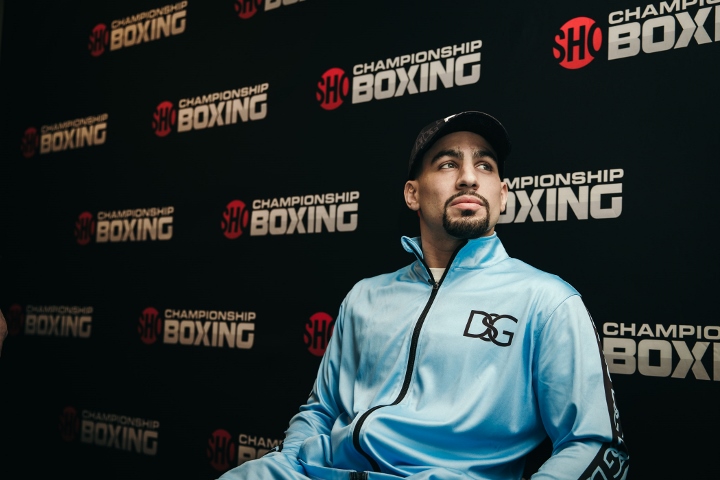 The 41-year-old Pacquiao hasn’t fought since he defeated a much younger, unbeaten Thurman by split decision July 20 at MGM Grand Garden Arena in Las Vegas. The Philippines’ Pacquiao (62-7-2, 39 KOs) dropped Thurman in the first round and won on two of three scorecards to take the WBA “super” welterweight title from Thurman.

Pacquiao is believed to be considering Danny Garcia, Mikey Garcia, Porter and Spence for his next fight, whenever he can compete in the aftermath of the coronavirus crisis.

The 32-year-old Garcia (36-2, 21 KOs) lost to Thurman by split decision in their 12-round fight for Garcia’s WBC welterweight title and Thurman’s WBA belt in March 2017 at Barclays Center in Brooklyn. Porter out-pointed Garcia by unanimous decision in September 2018 at Barclays Center to win the WBC belt that was stripped from an injured Thurman.

I have a feeling that Danny Garcia is the man who can beat Manny Pacquiao in a tough action pack fight similar to Thurman fight...

[QUOTE=Curtis2;20514995]Danny mandatory for T Crawford...no way in hell will he ever consider a fight with T Crawford...Danny likes cab drivers and social security type fighters. Why would Pac think Danny's a PPV level fighter???? No one in their right mind…

[QUOTE=FLY TY;20515221]From the sport's point of view, if Spence and Crawford fight, Manny needs to fight Porter. He gave Spence a tough fight, and beat Danny, while Mikey was shutout 12-0 against Spence. Neither of them deserve a title shot.…

[QUOTE=JakeTheBoxer;20514603]Porto Rico or Mexico, i don`t care, latino is latino.[/QUOTE] It matters you tard. The " big fan base" you mentioned? Garcia doesnt have one. Hes from philly and only speaks english. Its not the same as a mexican american…