Danny Garcia: I'd Like To Have 3-4 Fights Per Year - It's Not That Easy

Garcia will be matched up against Ivan Redkach (23-4-1, 18 KOs), who put together a string of wins which include a knockout of former world champion Devon Alexander.

"I have 38 fights and I still feel good, but I want to be able to leave the sport healthy and with a clear mind. I feel better than ever and I don't want to say that I will retire on a specific date and then not do it as many boxers do. I will leave when my body does not respond the same," Garcia told Carlos Gonzalez. 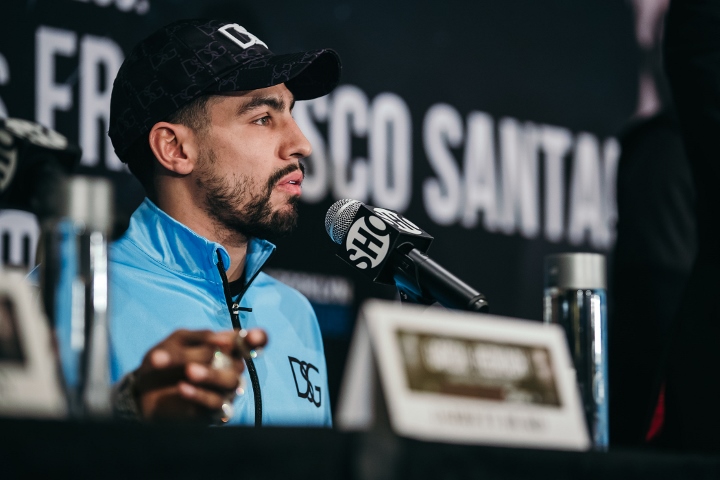 There were talks of García facing either Manny Pacquiao or Mikey García, but neither bout came together.

Garcia would like to stay busier and fight more often, but explains that certain fight agreements are not easy to make.

Saturday will be the first bout for Garcia since April of 2019. The last time Garcia had more than two fights per year was back in 2012.

“My job is to fight and people have to understand that sometimes it is not so easy to agree on fights. I would like to do three or four per year, but it is not that easy,” Garcia said.

With Redkach, Garcia wants to make a statement that he's still one of the top fighters in the weight class. The obvious two targets are Pacquiao and WBC, IBF champion Errol Spence.

"Redkach has won three fights in a row, so he will be confident, but I am ready because I worked hard to look good, because I have to look good because Redkach is not in my league," Garcia said.

[QUOTE=HaymonTheGod;20353581]billionaires get sued for not paying people all the time also... You are just a small minded broke bum lmfao[/QUOTE] You're a slack-jawed hillbilly living in a trailer park. PBC fighters shopping for purses on layaway.

[quote=bob haymon;20353152]tank's gonna have to start begging for money on cashapp like his broke pal broner. He can't even seem to afford his jewelry and is getting sued.[/quote] billionaires get sued for not paying people all the time also... You…

[QUOTE=Curt Henning;20351898]fighers dont need any "excuse" for [B]inactivity.[/B]...and i dont need to make one for him...whatever the reason is the fact is this was a fight coming off [B]inactivity[/B]....if he fights another redkach guy next you could have a gripe.....theres…

[QUOTE=Ca$ual Fan;20348232]Dummy?? Does that make you sound smarter than me when you use that? ‘He’s not fighting those 3 in a row’ but 2 of those in a row. Tell me, does he have Porter and Thurman in between Granados…