There were no knockdowns in the fight. Garcia was a massive favorite and expected to stop Redkach inside the distance.

The stoppage never came, but Garcia controlled nearly the entire fight and landed the much harder punches over the twelve round distance. 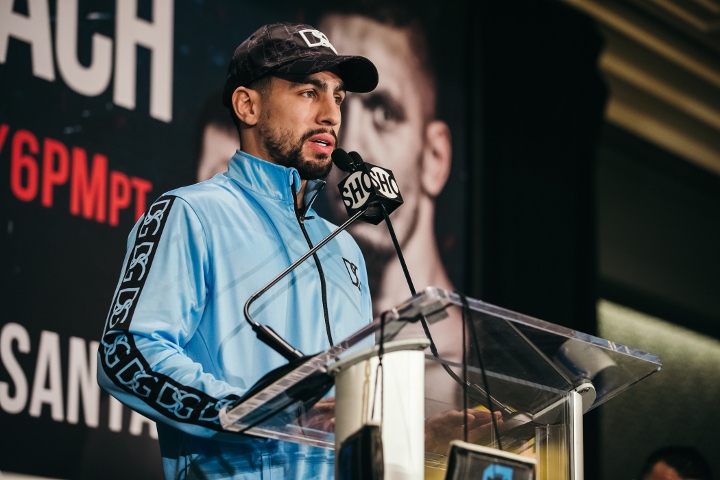 “I’m not going to lie, I felt good, but I didn’t feel my best. I did lose a lot of weight for this fight, so maybe that played a factor. From a long layoff, and just losing so much weight. I lost about 25 pounds in eight weeks," Garcia said.

“I promised myself that I'm going to stay in the gym now and stay in shape. I felt regular, but then when I got on the scale a few weeks ago, I was like ‘woah.’ So maybe that played a factor, maybe it didn’t. I make no excuses. I didn’t feel my best, but I felt good.”

As far as Redkach, he says Garcia never seriously hurt him during the contest, and he intends to come back stronger.

"This was very good experience for me,” said Redkach.

“He never had me hurt and I was able to learn a lot. I'm thankful to be in this position that my team put me in and I'm going to keep growing from here. I'm going to get back in the gym and get stronger and better. I'm thankful for the experience against Danny Garcia. I'm going to be back and be much better."

knew this was coming

[QUOTE=Curtis2;20350156]Probably not, Danny's resume is dog shet, like him & his old man...any top 25 WW smokes his a** and the elite won't waste their time with a washed up D- level delusional clown![/QUOTE] Hes still a name that they…

No excuses dude. You stopped trying for the KO after he started landing body shots. Also, you should fight more. You're not Mayweather. Guys like you need to fight often to sharpen.

I will never forget P Williams talking about cutting weight. Dude always made it so easily and he simply said something like "so I only eat 1 meal a day for a while, so what? No problem"