Daniel Jacobs Warns Charlo: I'm Happy To Take Your '0' Next!

Following a back-stage flare-up this past Saturday night at Barclays Center, former Middleweight World Champion DANIEL JACOBS was emphatic in his words to contender JERMALL CHARLO.

Said Jacobs, “All my focus right now is on Maciej Sulecki and I know it's going to be a tough fight. This is the third undefeated fighter I have faced in a row and after I've taken his 0, then if I don't get the ‘GGG’ vs. Canelo winner, I'm happy to take Jermall Charlo's 0 too.”

‘Charlo is fighting a guy that Sulecki has already knocked out. These guys talk the talk but as you saw on Saturday when things get real it's another story. Charlo is already beaten and the bell hasn't even rung yet.” 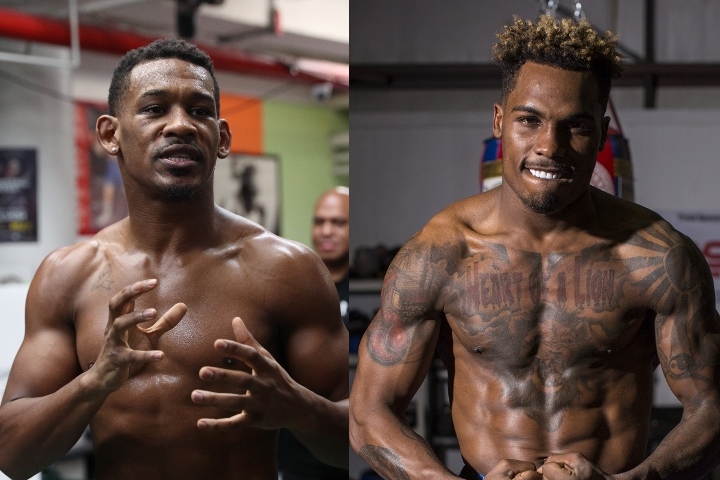 Said promoter EDDIE HEARN, "I think Danny vs. Jermall Charlo is a great fight but we have plenty of business to take care of first. Sulecki is going to be a real handful on April 28 and ultimately, we want the ‘GGG vs. Canelo’ winner but there's some real sauce in a ‘Jacobs vs. Charlo’ match up and it's one the fans would love to see.”

Emerging, unbeaten knockout artist SHOHJAHON ERGASHEV, (11-0-0, 11 KO’s), a native of Uzbekistan, now fighting out of Brooklyn, New York, will also fight on the undercard in a ten round bout against an opponent to be announced.

Presented by Matchroom Boxing USA, tickets starting at $42 may be purchased by visiting Ticketmaster.com, BarclaysCenter.com, or calling 800-745-3000. Tickets for the event can also be purchased at the American Express Box Office at Barclays Center. For information on group sales, call 844.255.9647.

[QUOTE=j.razor;18589060]Just as my last comment "I actually think Jermall has a good shot to beat Jacobs. I think Jacobs/Nelo would be another good fight. So like I said lets get the weak out 1st & keep it #Lions Only." It…

[QUOTE=yankees7448;18576534]Like I said. You want them to fight softies because you know the second Charlo gets tested his 0 is going to go. #Lambsonly[/QUOTE] Just as my last comment "I actually think Jermall has a good shot to beat Jacobs.…

Brook vs Charlo Jacobs vs Charlo ^^ In the UK, Call Eddie Hearn

[QUOTE=j.razor;18575331]So you admitted lil g is a softie....good for you, I feel like a proud dad seeing his son grow mentally....lol....I actually think Jermall has a good shot to beat Jacobs. I think Jacobs/Nelo would be another good fight. So…