Daniel Jacobs told HBO blow-by-blow announcer Jim Lampley on Saturday night that he is looking forward to being more active as part of his new multi-fight agreement with the premium cable network.

Brooklyn’s Jacobs (32-2, 29 KOs) confirmed that he would return to the ring in November, but the former WBA middleweight champion didn’t reveal more details during HBO’s “Boxing After Dark” telecast Saturday night from Inglewood, California. BoxingScene.com has learned that the first fight of Jacobs’ HBO agreement will match him against Milwaukee’s Luis Arias (18-0, 9 KOs) on November 11 at Nassau Veterans Memorial Coliseum in Uniondale, New York.

The 30-year-old Jacobs, who also has signed an exclusive promotional agreement with Eddie Hearn’s Matchroom Boxing, will fight for the first time since losing a close unanimous decision to Gennady Golovkin (37-0-1, 33 KOs) in their 12-round middleweight title fight March 18 at Madison Square Garden. Arias, 27, last fought June 17, when he stopped Russia’s Arif Magomedov (18-2, 11 KOs) in the fifth round on the Andre Ward-Sergey Kovalev undercard at Mandalay Bay Events Center in Las Vegas. 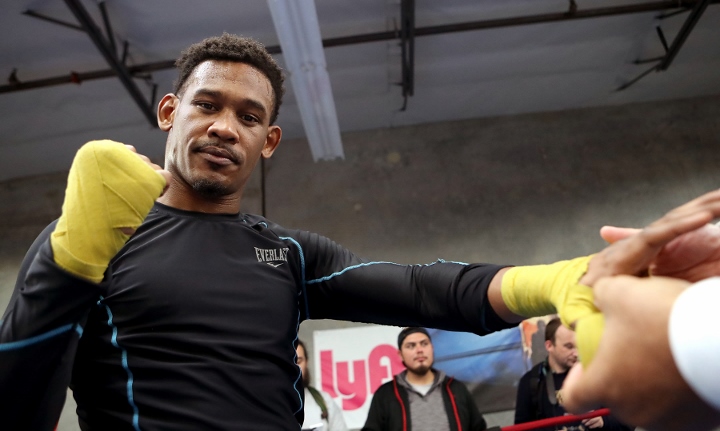 Before becoming partners with HBO and Hearn, Jacobs had boxed as part of Al Haymon’s Premier Boxing Champions organization since its inception early in 2015. Haymon remains an adviser to Jacobs and helped put together his new deals.

Will be rooting for Arias. War Milwaukee!

Arias is talented and hungry. That's a good fight.

Eddie Hearn can see $$$ when he looks at Miller. 300lb and in shape, with a mouth as big as his weight?. You better ride the wave before it gets too big and you can't dictate his pay packet. I've…