Daniel Jacobs and Andre Rozier at Odds Over Money

Trainer Andre Rozier raised a few eyebrows while sitting with a small group of reporters prior to the August 22 kick-off press conference for the upcoming fight between Gennady Golovkin and Sergey Derevyanchenko at Madison Square Garden.

Rozier has worked with Daniel Jacobs throughout Jacobs's ring career and became Jacobs's lead trainer after the death of Victor Roundtree in 2013. He also trains Derevyanchenko. When his two charges met in the ring last October, Rozier opted to work with Jacobs who won a narrow split decision. Asked at the time about the situation, Derevyanchenko told the media, "I said to him, ‘Andre, I understand. You worked with Daniel since he was a kid.’ If I’m Andre, I do the same thing.”

Fast forward to August 22. Rozier was asked if the outcome of Jacobs-Derevyanchenko might have been different if he'd been working Sergey's corner.

"If I was with Sergey against Danny," Rozier answered, "we would have won that fight because I was in the corner.”

That seemed uncharacteristically self-aggrandizing for Rozier and a bit disloyal to Jacobs. But there's a back story.

Rozier has trained Jacobs for years without a written contract. As Daniel's purses got bigger, Andre, by mutual agreement, was paid less than the standard ten-percent trainer's fee. 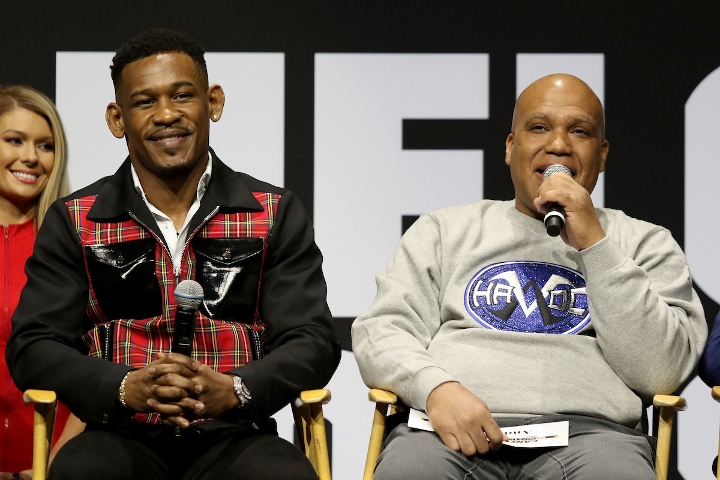 It's not unusual for a fighter to renegotiate his trainer's share of the purse when the purse numbers become stratospheric. Earlier this year, Gennady Golovkin did just that with trainer Abel Sanchez. Sanchez chose to not accept the adjustment that was offered and the two men parted ways.

In the past between Jacobs and Rozier, the number was usually worked out in advance of fights and had been satisfactory to both men. Here it should be noted that, since becoming Daniel's head trainer, Rozier has always worked with an assistant who is also compensated.

On May 4 of this year, Jacobs lost a unanimous decision to Canelo Alvarez in Las Vegas. His purse for that fight was in excess of $10 million minus a $1 million penalty for coming in 3.6 pounds over the allowable limit at the fight-day weigh-in. After the fight, Rozier was presented with a check that was substantially less than he expected and might have reasonably expected.

It's not a cut-and-dried situation. In recent years, Rozier has been successful in and out of the ring. This success has led to increasing demands on his time, leaving some to question whether Daniel received his trainer's full attention in the days leading up to Canelo-Jacobs which was the most important fight of Daniel's life.

Right now, there are hard feelings. But the two sides are in discussions through an intermediary. Ideally, they'll work things out and move forward as a team in the future.

Thomas Hauser's email address is thomashauserwriter@gmail.com. His next book – A Dangerous Journey; Another Year Inside Boxing – will be published this autumn by the University of Arkansas Press. In 2004, the Boxing Writers Association of America honored Hauser with the Nat Fleischer Award for career excellence in boxing journalism.

Don't see them working this out esp after Rozier's comment.

[QUOTE=havocman;20055154]Hey Rob how about if you dont get 100000 of thousands of dollars. How about if you get much less than that. You dont know me or my Character. I've been with my fighters since they began and I have…

Hey Rob how about if you dont get 100000 of thousands of dollars. How about if you get much less than that. You dont know me or my Character. I've been with my fighters since they began and I have…

Yeah, you do get to a certain point in the amount of money you make that 10% just isn't going to cut it. You think Mayweather was paying his father and the rest of the training staff 10% off the…

[QUOTE=FinitoxDinamita;20054559]Hard to judge situations like this without knowing what’s going on behind the scene. All I know is, fuk the 10% off of multi millions. When it reaches that level, 10% no longer applies. Not to sound harsh but in…