Daniel Dubois Has Been Voted as "Best Young Boxer" Winner

Daniel Dubois has been voted Best Young Boxer by the Boxing Writers’ Club, having come top in the vote.

The British heavyweight champion, 21, was a strong favourite to receive the award for a ten-person shortlist. He will attempt to claim his 13th consecutive win and win the vacant Commonwealth title when he faces Ebenezer Tetteh, of Ghana, at the Royal Albert Hall, London, on September 27.

Kash Farooq, the British bantamweight champion from Glasgow, finished second in the voting.

Dubois will be presented with the Geoffrey Simpson Trophy at The Savoy, London, on October 7.

He becomes only the fourth heavyweight win the award and the first since Frank Bruno in 1985. The other two heavyweight winners were Joe Erskine in 1955 and Joe Bugner in 1969. 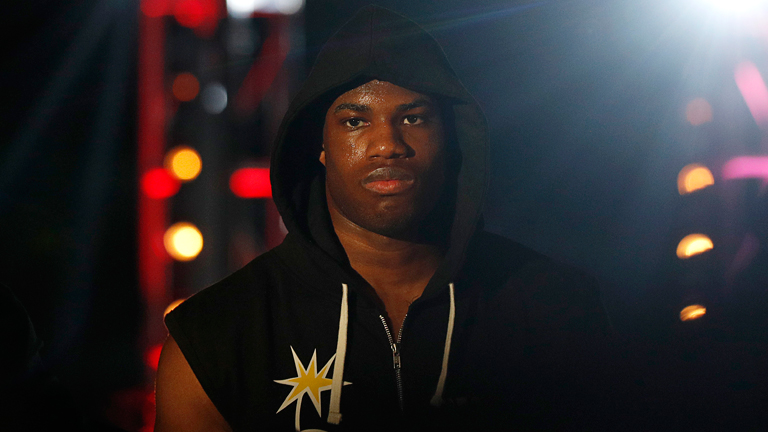 "I am genuinely thrilled to be voted Best Young Boxer by the Boxing Writers' Club," reacted Dubois to the news. "There were many strong contenders for the award and I am honoured that my progress in the sport is commended by the winning of such a prestigious honour.

"I know I am following in the footsteps of many, many greats and it is my intention to emulate their achievements.

"I will accept the award on behalf of my team because this has been a team effort and I would like to thank Martin and Tony Bowers and everyone at the Peacock Gym, along with my promoter Frank Warren for successfully guiding my career so far."

DDD is the future.

DDD going in the right direction. He already looks to be past the British HW domestic scene so hopefully he's put in there with Euro level contenders who carry power as well as skill.

This Guys has high boxing IQ for a 21 yo. He's already proven he will step up for quality fights and hes definitely been handling his business. Takem would be a decent fight for him in the near future. I'm…

[QUOTE=daggum;20065217]tank davis was robbed. everyone knows he is still young and thats why he cant fight good fighters[/QUOTE]you just mad uk boxers losing left and right

If his chin is rock solid I think he will become a champ in the near future. So far, I really like what I see.