WBO welterweight champion Terence Crawford had his hands full with WBO mandatory challenger Egidijus Kavaliauskas, who landed 118 punches on Crawford, most by a Bud opponent to date.

Crawford had a 63-40 edge in landed punches over the last 3 rounds and closed the show by landing 12 of 14 power shots. 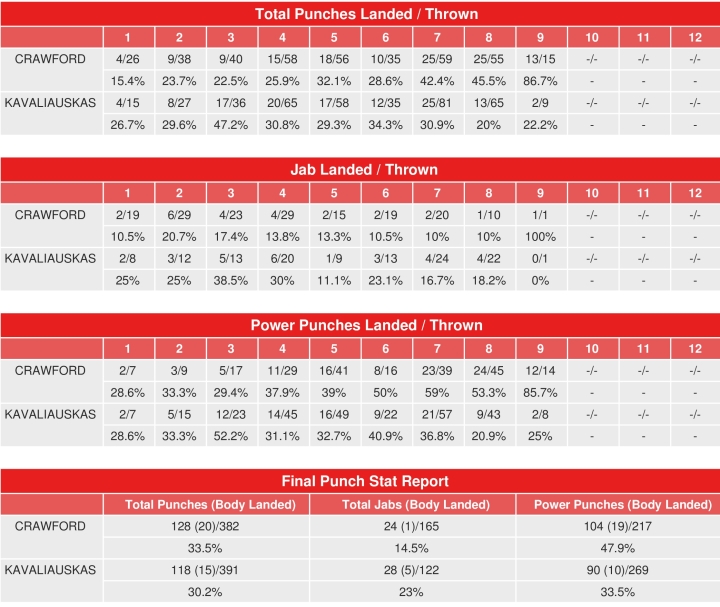 Crawford came out with a sharp jab to control the pace and distance from the first round. The second was as close as the first, with a technical boxing match playing out.

In the third, Kavaliauskas appeared to stun Crawford as he came in. Crawford went down and the referee waved it off as a slip. The challenger stayed patient and landed a combination when they traded. Crawford came out working the jab in the fourth, throwing combinations and pushing back the challenger. Crawford continued the same strategy in the fifth.

Crawford controlled most of the eight round with his boxing and punching.  During the ninth, a series of punches gave Crawford a second knockdown, and then he dropped his quickly a third time for the stoppage.