Madison Square Garden has won one over Las Vegas.

Multiple sources have confirmed to BoxingScene.com that the Terence Crawford-Amir Khan welterweight title fight will take place at “The World’s Most Famous Arena” on April 20. Crawford-Khan will headline an ESPN Pay-Per-View card that night from the iconic New York venue. 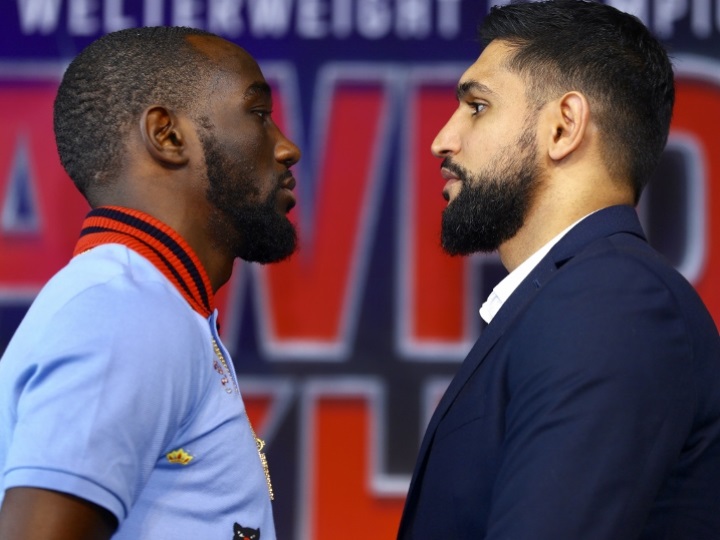 England’s Khan, a star in the United Kingdom, will make his debut in Madison Square Garden’s main arena when he challenges Crawford for the WBO welterweight title.

An official announcement of Madison Square Garden as the site for Crawford-Khan will be made as soon as pricing for tickets is established.

As first reported by BoxingScene.com, Khan decided three weeks ago to challenge Crawford over what would’ve been a lucrative domestic showdown with Kell Brook. Eddie Hearn, Khan’s promoter had hoped to make the Khan-Brook bout as the final fight of the three-match contract Khan signed with Hearn’s Matchroom Boxing in January 2018.

Khan has suffered three knockout or technical-knockout losses, but he owns a decisive victory over Collazo. The 2004 Olympic silver medalist dropped Collazo three times on his way to a 12-round, unanimous-decision win in May 2014 in Las Vegas.

[QUOTE=MasterPlan;19455102]Las Vegas.[/QUOTE] According to Sam Watson, it will be at Barclays. Ticket sales will be interesting here.

When will tickets go on sale?

[QUOTE=chrisJS;19454893]Damn it. Was hoping Vegas. Not sure I can justify a trip to NYC for it.[/QUOTE] Come on Chris, you know you wanna make another trip out here! Lol.

[QUOTE=daggum;19455007]it cant be justified. if you need to go start coming up with a bunch of lies as to why you have to be in new york[/QUOTE] Excellent suggestion sir!! Lol