WBO welterweight champion Terence Crawford is hope to secure the other top names in his weight class.

Crawford is having trouble securing the other names - because nearly all of them are promoted by Premier Boxing Champions, who have exclusive content deals with Fox Sports and Showtime. 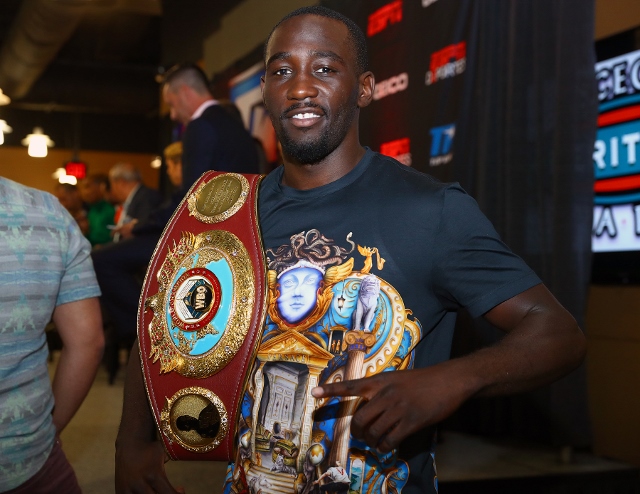 Crawford is promoted by Top Rank, who are exclusively tied to ESPN.

But Crawford is not the buying the talk of "come across the street" to fight on PBC - because he views himself as the best fighter at 147.

"Of course [I'm the best at 147]. When I came into 147, I asked for the top guys at 147. I didn’t ask for the guys that everybody thought I was going to beat. I beat the man that beat the man, whether you like it or not. Jeff Horn beat [Manny] Pacquiao. I stopped him," Crawford told Complex.

"Now everybody’s saying 'he’s on the other side of the street.' But what happened to get a belt first? So it’s not like I’m coming into a division taking on the weakest link. I’m coming into the division saying I want all of ya’ll right now. I don’t need no warm-ups, no tune-ups, and that’s what I did."

No one beat Mayweather, and Pacquiao didnt lose to Jeff Whistle. So he didn't beat no man that beat the man. If you want to say I beat the man himself, fight him and stop wasting your talent against fighters…

[QUOTE=Tlows1;20263109]He's really starting to sound desperate, when you brag about beating Jeff Horn...wow[/QUOTE] You heard NSB. Beating Jeff Horn = #1 P4P, but only for Crawford, not Murata who actually destroyed Horn with no asterisks.

The thing is, you don't see them out here looking thirsty. You don't hear PBC bring up his name. That only happens from the media, and people like you. He never should have signed with Shady Bob and ESPN. Bob…

He's really starting to sound desperate, when you brag about beating Jeff Horn...wow

[QUOTE=BLASTER1;20261151]Horn beat Manny guys. Manny even disputed the decision but guess what the board came back with the same result. Manny got treated like a bich in that fight. If you get treated like a bish you don't win the…