Crawford: I Want The Other Champs, I'm Coming For All of Them!

Crawford stopped former WBO titlist Jeff Horn in the ninth round after a one-sided display at the MGM Grand in Las Vegas at the weekend.

Talk instantly turned to who 'Bud' would face next in the stacked weight class where Errol Spence, Keith Thurman and Lucas Matthysse all hold belts. 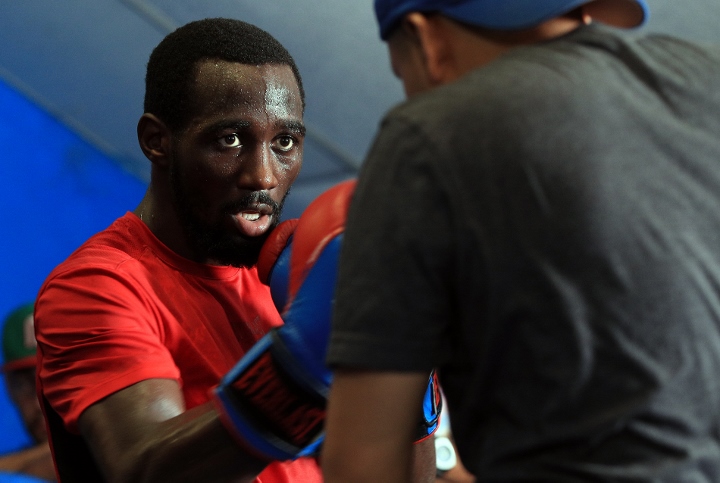 The WBC title will be up for grabs in the coming months, when Danny Garcia and Shawn Porter collide for the vacant belt.

This was Crawford's first venture at welterweight after cleaning out the super lightweight division by winning all four belts and also capturing a world title at the lightweight limit of 135.

The Omaha native is excited about the next chapter of his career and believes he made the right move by coming up in weight by seven pounds.

"I'm happier, I got more energy, and I'm excited to fight in a new division," Crawford said. "I wouldn't say I was getting bored at 140, but it was getting kind of dull, and now you got all these fighters at 147 that have names for themselves, and that makes for an exciting division. It's just better for my career that I moved up. There's a lot of great names in welterweight, and there's a lot of opportunities at welterweight."

"I want the other champions. I want the big fights. I'm a big force in the welterweight division and coming for all of them."

Seriously, Crawford may just want an semi-retired, rusted out Thurman but never Spence. Crawford nor Arum will dare mention his name.

[QUOTE=Andre_parker1;18853723]funny how people are writing off thurman after he beat two top 5 welterweights,former champions..Spence and crawford should go see him before talking about being number 1[/QUOTE] I agree with you but in all fairness the division has to move…

[QUOTE=nacho daddy;18854947]this bud aint for me[/QUOTE] we'll see which other belt holders @ WW step up to the plate for either Crawford or Spence cause no one at WW can win against either one!!

this bud aint for me

[QUOTE=R_Walken;18853751]I’m sure Bud would fight anyone I’m also sure Arum is in no hurry to have Crawford fight any of the top dogs on the PBC side Benavidez will get the call[/QUOTE] BULLS H IT. he will NEVER fight spence…