Crawford: I Don't Need Spence; Going To HOF With Or Without Him

If their highly anticipated welterweight showdown never happens, however, Crawford won’t feel unfulfilled when his boxing career ends. The undefeated Crawford, who has won world titles in three weight classes, discussed the Spence situation with Joe Rogan during the most recent episode of the comedian’s immensely popular podcast.

“Like I always tell people when they mention me and Errol Spence, you know, of course I want the fight,” Crawford said. “I tell everybody that. I always say with or without him, I’m going to the Hall of Fame. When you look at all the things that I’ve accomplished in the sport of boxing, people that’s in the Hall of Fame didn’t even accomplish that. You know, so I just tell people I don’t need him. He really need me.” 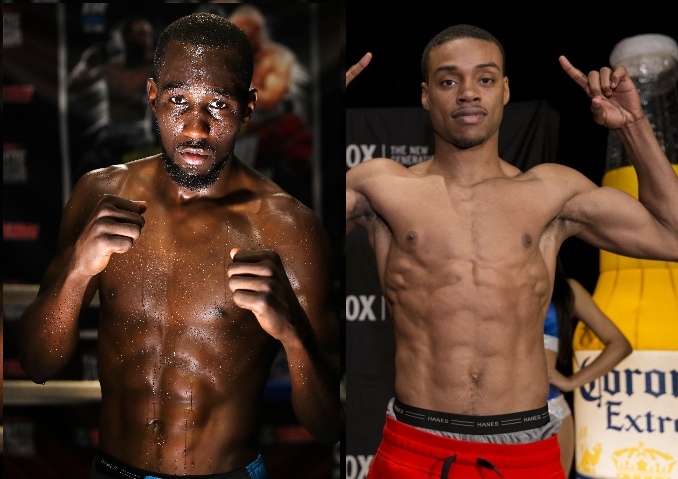 Crawford and Spence seemingly need each other.

Both boxers are undefeated and long have earned seven figures for their fights. But Crawford and Spence would make more money for facing each other than any other opponent and each champion would represent the toughest foe of the other’s career.

If Spence (25-0, 21 KOs), the IBF welterweight champion, defeats Shawn Porter (30-2-1, 17 KOs), the WBC 147-pound champ, in their championship unification match September 28 at Staples Center in Los Angeles, Spence could face WBA champ Manny Pacquiao in his following fight. The 29-year-old Spence would be paid very well for facing Pacquiao (62-7-2, 39 KOs), but the strong southpaw would be heavily favored to defeat the significantly smaller, 40-year-old Filipino legend.

The 31-year-old Crawford (35-0, 26 KOs) appears to have even fewer options for high-profile fights if he doesn’t face Spence.

The Omaha, Nebraska, native is expected to make a mandatory defense of his WBO welterweight title versus Lithuania’s Egidijus Kavaliauskas (21-0-1, 17 KOs) in his next fight. Promoter Bob Arum told BoxingScene.com recently that the Crawford-Kavaliauskas fight will take place at some point before the end of this year, though the date and site won’t be determined until after Arum and Crawford meet during the week of the Tyson Fury-Otto Wallin heavyweight fight September 14 at T-Mobile Arena in Las Vegas.

[QUOTE=el***;20006098]Khan was not up no 4 rounds to 1, you are making chit up now. Khan won some rounds. By the time the KO happened, Canelo was in control and OUTBOXING khan. Canelo also KO'd Khan with a perfectly timed…

You kinda do need Spence, and he needs you.

[QUOTE=Oldskoolg;20004414]Or you can just sign with the outfit that represents all the best welterweights[/QUOTE] Valid point!! I don't fully agree because I feel that all the big outfits are part of the greater problem. Some only do business with a…

[QUOTE=Travis scott;20005590]Spence beats pac why you think pac ducked him[/QUOTE] Notice how I said in my prior post “IF” Spence beats Porter and “SOMEHOW” gets a fight with ‘Manny” and beats him. I never said duck. I’ve never used the…

Its kind of ironic that people in this thread are saying its EASY to get into the HOF in boxing, yet boxing is a HARDER sport than any other.