Crawford Hopes For Unifications With The 'Real' Champs at 147

When Terence Crawford says he wants to fight any of the other recognized welterweight champions, he doesn’t mean Manny Pacquiao.

There was a time in the not-too-distant past when Crawford wanted to fight Pacquiao. That’s when they both were promoted by Bob Arum’s Top Rank Inc. and opposing Pacquiao would’ve assured Crawford of a career-high payday.

Freddie Roach, Pacquiao’s former trainer, never appeared all that interested in Pacquiao boxing Crawford (33-0, 24 KOs), who has evolved into one of boxing’s elite talents. Roach no longer trains Pacquiao (60-7-2, 39 KOs) and Pacquiao technically regained a welterweight title in his last fight, but Crawford doesn’t seem as interested these days in facing the 39-year-old Filipino legend as he once did. 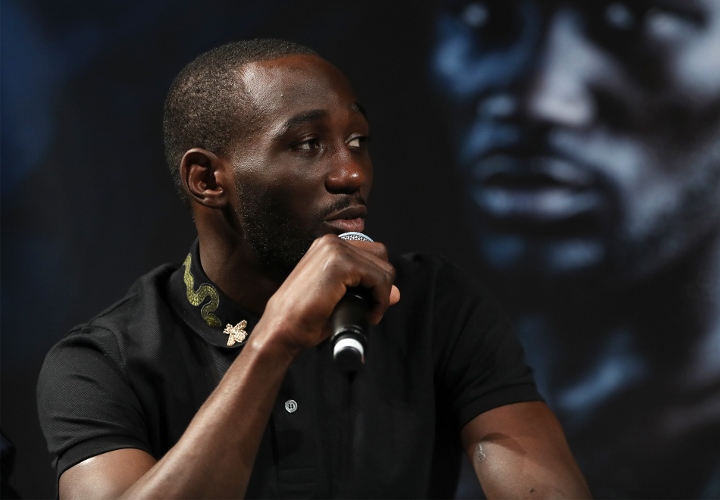 In Pacquiao’s case, Keith Thurman (28-0, 22 KOs, 1 NC), one of Crawford’s targets, is the WBA’s “super” welterweight champion. The often-injured Thurman hasn’t fought since defeating Danny Garcia by split decision in their 12-round, 147-pound title unification fight 19 months ago at Barclays Center in Brooklyn.

Pacquiao captured the WBA’s “world” welterweight title when he knocked out Argentina’s Lucas Matthysse (39-5, 36 KOs, 1 NC) in the seventh round July 15 in Kuala Lumpur, Malaysia.

Crawford now owns the WBO 147-pound crown Pacquiao lost to Australia’s Jeff Horn in July 2017 in Brisbane, Australia, Horn’s hometown. The 31-year-old Crawford stopped Horn (18-1-1, 12 KOs) in the ninth round of his last fight, June 9 at MGM Grand Garden Arena in Las Vegas, to become a champion in a third weight class.

Even if Crawford wanted to fight Pacquiao in 2019, Pacquiao’s victory over Matthysse might’ve made a rematch against Floyd Mayweather Jr. viable again.

The 41-year-old Mayweather (50-0, 27 KOs) hasn’t fought since his 10th-round stoppage of UFC superstar Conor McGregor 13½ months ago at T-Mobile Arena in Las Vegas. Boxing’s biggest star retired for the third time following that pay-per-view extravaganza, but Mayweather claimed last month in an Instagram post that’ll he’ll come back again for a rematch with Pacquiao.

[QUOTE=1hourRun;19184169]I mean I would think considering much of the welterweight crop has been at this division for years. In contrast Terence just fought a champion ( Jeff Horn) ; who some argue was lineal with his victory over Pacman in…

I like Bud but I think Porter give him all types of problems.

[QUOTE=Terrell1555;19184643]This is exactly why I call him Qwackman after his numerous Ducks him ducking Crawford was so blatant an obvious! You want to be a great fighter on his way out and take money fights fine. However if that was…

[QUOTE=JakeTheBoxer;19184621]No hate mate, I just wanna se bigger things, like Crawford fighting Spence, Porter, Thurman.[/QUOTE] Bob's gotta send him across the street. Al has all the leverage in that one.