Conwell Believes Davis' Power Will Be Too Much For Santa Cruz

Halloween isn't traditionally known for being a big day for the sport of boxing but 2020 hasn't been a normal year for much of anything.

The WBA's 135 and 130 pound titles will be on the line when champions Gervonta "Tank" Davis (23-0) and Leo "El Terremoto" Santa Cruz (37-1-1) headline a Showtime distributed pay-per-view event.  The showdown, which will take place at a 130 pound maximum weight limit, will take place in San Antonio, Texas at the Alamodome which will be reconfigured to allow fans to attend in a socially distanced setting. 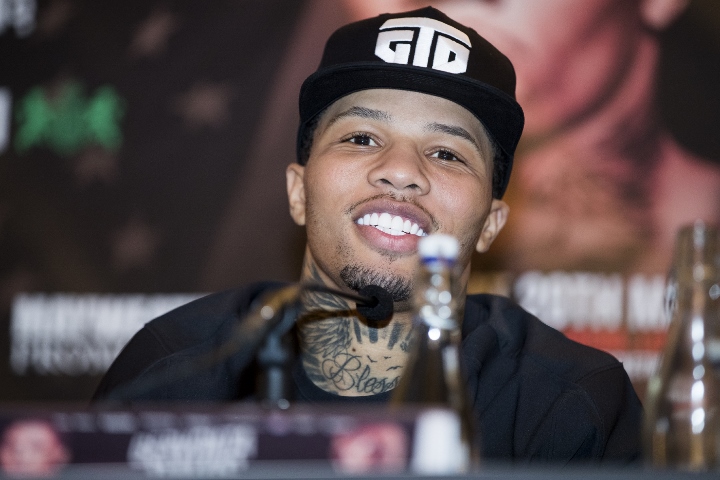 The 32-year-old Santa Cruz has won titles at 118, 122, 126 and 130 pounds during his career which began in 2006.  Davis, who is already a two-division champion in his young career, presents a formidable challenge.

2016 U.S. Olympian Charles Conwell believes that Santa Cruz is biting off more than he can chew by facing a fighter of Davis' caliber at 130 pounds

"I don't think Leo Santa Cruz can take his power but if Leo can then I think we are going to get a good fight. Skills wise I think Tank is more skillful and he has more power. I give Tank the edge. Leo has the edge in volume but Tank is younger and fresher and I expect him to come out on top," Conwell told BoxingScene.com.

Conwell's last ring appearance took place on October 7th when he dispatched Wendy Toussaint in 9 rounds in a ShoBox main event.  The 23-year-old believes there is a changing of the guard in boxing and is rooting for the younger fighters to supplant the older generation of boxers.

"I am part of the new era so I am definitely rooting for the young  guys. I am going for Tank to get the win in this fight," said Conwell.

To much power but less discipline! Gervonta Davis should make weight without sacrificing his strength. Leo Santa Cruz is a hard-working boxer that can win on points if he can avoid a solid hit from Gervonta Davis.

Conwell didn’t impress like his reputation is touted as in his last fight, likely was nerves and layoff plus new environment with no fans! I’ll give him a pass but I would like to see him get in there with…