With the victory, Coyle improves to 11-0, 4 knockouts.

The 29-year-old Coyle, has was fighting for the second time under the Roy Jones Jr. Promotions banner, was the aggressor from the opening bell. His over exuberance and pushing down on Ramirez, a former sparring partner of Floyd Mayweather Jr. cost him as referee Raul Caiz, Jr. deducted a point from Coyle in the first round. 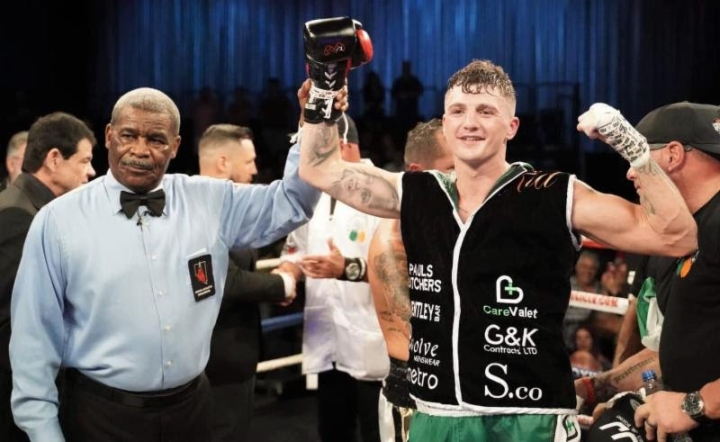 Coyle was dominant throughout the brief fight, punishing Ramirez with combinations. During an exchange in a corner, Coyle landed a combination, dropping Ramirez with a right hand to the head. Ramirez’s corner threw in the towel, prompting referee Caiz, Jr. to stop the bout at 2:08.

“I respect him for getting in the ring, but I knew he was looking for a reason not to go on,” said Coyle, after the fight. “I knew how to break him down, jab, and left to the body. It started with a right to the head, behind the ear. From that point on, I had it.”

Coyle, who was a former amateur standout, is originally from Derry, Northern Ireland and now resides in St. Petersburg, Florida. He hopes to fight again before the end of 2019.

In the co-feature, junior middleweight prospect Santiago Dominguez stopped Fabian Lyimo of Tanzania in the second round.

Dominguez (18-0, 14 KOs), who is originally from Ciudad Obregon, Mexico and now resides in Fort Worth, Texas, was the aggressor, focusing his attack to the body of Lyimo. A left hook to the body of Lyimo dropped him to one knee, where referee Eddie Hernandez counted him out at 2:28.

In the opening bout of the UFC Fight Pass stream, featherweight Brandon Valdes notched a one-sided decision over Jesus Martinez.

It was an all-Colombia clash, but Valdes was the more-effective fighter between the two. The fight turned ugly during the seventh round as Martinez purposely butted Valdes to the head in round seven, prompting a two-point deduction from Martinez.

Martinez, a former bantamweight contender who now resides in Hollywood, Florida, drops to 26-9, 13 KOs. He has now lost six of his last eight fights.

The fight card was promoted by Roy Jones Jr. Promotions.

Com’on Roy, don’t start with your versions of mismatches