Commey: I've Always Been The Underdog In Every Sense Of The Word

From the moment his next opponent was decided, Richard Commey knew what to expect.

It seemingly doesn’t matter that he’s the defending titlist, or that he’s proven at this level. All eyes have been on his challenger, unbeaten Teofimo Lopez from the moment all signs pointed towards their lightweight title fight which takes place Saturday at Madison Square Garden in New York City.

The bout serves in supporting capacity to unbeaten pound-for-pound entrant Terence Crawford (35-0, 26KOs) in a mandatory welterweight title defense versus Lithuania’s Egidijus Kavaliauskas (21-0-1, 17KOs), but it’s the lightweight scrap which most experts have pegged to steal the show—and one where oddsmakers have shown the reigning titlist little to no respect.

“I’ve always been the underdog in every sense of the word,” Commey (29-2, 27KOs) told BoxingScene.com ahead of the second defense of the 135-pound belt he claimed earlier this year. “Being from Ghana, you don’t get much help and you are always fighting for recognition and respect.

“The build-up to this fight is no different with the promotion giving the impression that Teofimo is the champion and I’m the challenger.” 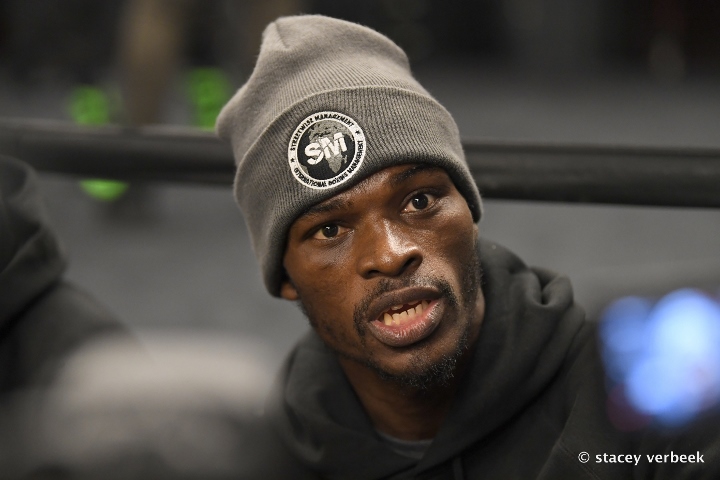 It was anticipated, as the fight takes place on an ESPN-televised show promoted by Top Rank, who signed Brooklyn’s Lopez (14-0, 11KOs) straight out of the 2016 Rio Olympics. Commey fights on a Top Rank show for his third straight bout, including his lightweight title-winning 2nd round knockout of Isa Chaniev this past February and one-sided 8th round stoppage of Rey Beltran in his most recent outing this past June.

He comes into the fight armed with a five-fight win streak while proudly represented by manager Michael Amoo-Bediako, Hall of Fame promoter Lou DiBella and high-powered adviser Keith Connolly.

What he’s still fighting for, apparently, is industry-wide respect. Oddsmakers have the defending champ as a betting underdog, with the media attention afforded his challenger suggestive that the 32-year old—who is now based out of The Bronx—is simply keeping the title warm for his upcoming opponent.

As one who always finds a way to flip a negative into a positive, the pre-fight build up and lack of respect merely serves as motivation for fight night.

“I think that’s the general public’s view (as a preordained champion) as the hype around Teofimo is massive,” acknowledges Commey. “But if you ask people who really know the sport, they know what’s coming.”

Commey is a solid fighter with real power, but he's not as slick as Nakatani was. Unless he really finds a way to deal with his speed & test Lopez' chin, he's gonna get beat down