Commey: If I Have To Beat Teofimo Lopez To Get Loma - So Be It

Richard Commey is finishing off camp as he prepares to clash with one of North America’s most exciting fighters of recent years in Ray Beltran on June 28 in Temecula, California.

Commey will make the first defense of his world lightweight title he acquired via a second-round demolition of Isa Chaniev this past February in Frisco, Texas.

The Ghanaian puncher opened up about finally winning the world title and what he hopes it will lead too. 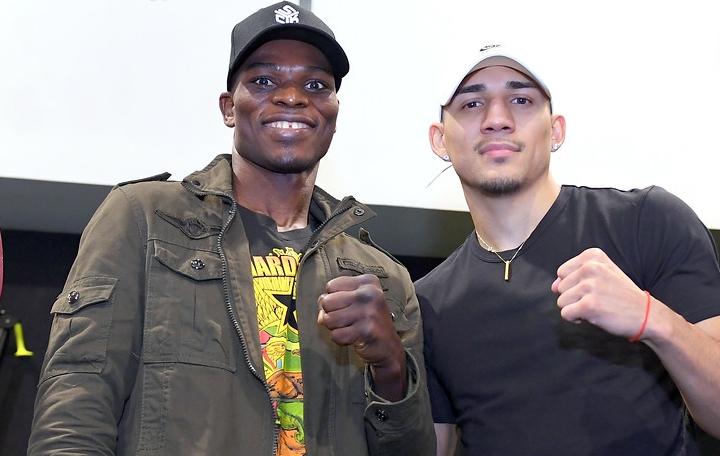 Commey said, “It was an amazing feeling to finally win the world title. I always believed I would become a world champion and I have to thank my team in my trainer Andre Rozier and manager Michael Amoo-Bediako Snr who always believed in me and because of our combined effort, that dream came true.

“It was a special night in Texas and it is one that I will cherish forever but going back to Ghana after the fight and seeing my community coming out to support me meant everything. I love my country and to be able to positively inspire the people in Ghana to chase their dreams is the most important thing for me.”

Despite being linked with mega clashes against the likes of Vasyl Lomachenko and Teofimo Lopez, Commey faces the tricky test of the tried and tested Raymundo Beltran.

Commey opened up about his opponent on June 28, “Ray Beltran is a strong fighter and I have nothing but respect for Ray. He’s had a great career but I am in the Richard Commey business and I am still improving thanks to Andre Rozier and the team in New York, and I will show off the improvements I’ve been making on June 28.

“Camp has gone perfectly for the fight, and I have to thank Andre and the team for that. We’ve worked as hard as ever and improvements are really starting to show and I feel I am taking the steps I need to to become an elite fighter.”

Commey continued, opening up about a much talked about a clash with the pound for pound superstar, Vasyl Lomachenko.

The New York-based banger said, “I would never overlook a fighter especially one like Ray Beltran. Yes, I’d love to fight Lomachenko and if I have to go through Teofimo Lopez to get that opportunity so be it. It doesn’t really matter who’s in the other corner to me, I know I am the best lightweight in the world and I am going to demonstrate that against Beltran in California next week.”

[QUOTE=j.razor;19854320]l0m0 got beat by a fighter that doesn't have much skill.[/QUOTE] whatever helps you sleep at night

[QUOTE=alexnation;19846921]where do you see hate? [B]The fact that he hasn't fought anyone of skill[/B] and importance is undeniable. I had my eyes on him after his 5th bout but he needs to stop that Loma hating talk and prove himself…

[QUOTE=Bronx2245;19846874]I really don't understand all the hate for Teofimo Lopez! He's knocking people out! He's exciting, and he's asking for the big fights! People hate Tank for [B]NOT[/B] fighting Loma, and then the same people hate Teofimo for [B]CALLING OUT…

[QUOTE=DuckAdonis;19850184]If Lopez is too big for the weight class that's his own problem and responsibility. If he can't compete in it then he shouldn't even be fighting in this weight class regardless.[/QUOTE]I guess we'll find out soon! If not Takani,…