Coach: Broner can fight at 140 or 147 after beating Pacquiao

Kevin Cunningham, trainer of former four-division champion Adrien Broner, is very pleased with the work his fighter has put in for his January 19th showdown against WBA welterweight champion and future Hall of Famer Manny Pacquiao. The pay-per-view event takes place at the MGM Grand in Las Vegas and will be distributed by Showtime pay-per-view.

The 29-year-old Broner last fought in April when he battled Jessie Vargas to a draw in a bout fought at a 144 pound catchweight.  In recent years Broner, who has held world titles at 130, 135, 140 and 147 pounds, has bounced back and forth between the super lightweight and welterweight divisions.

Cunningham sees Broner's ability to fight in both divisions as a big advantage and a victory over Pacquiao will open many doors for the Ohio native. 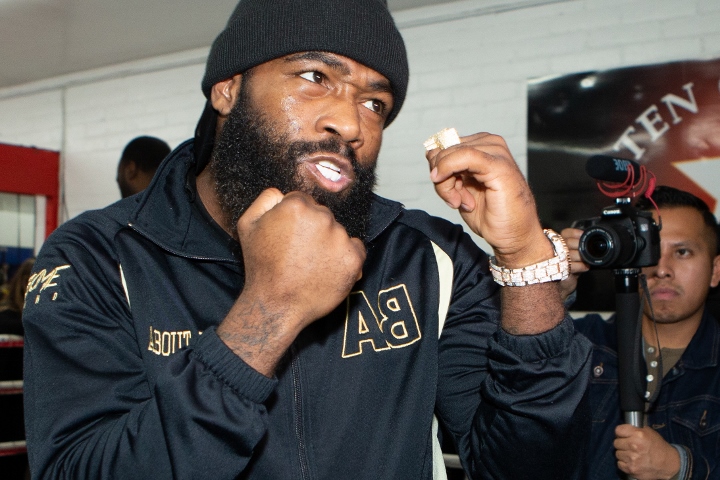 The veteran trainer expects an entertaining fight and believes it will be one of the most action packed of the year.

"The fans should definitely come out to Las Vegas for the fight and if they can't make it then buy the pay-per-view because this will be a very exciting fight. This is one of the biggest fights of the year and a great fight to kick off 2019," Cunningham told BoxingScene.com.

[QUOTE=SUBZER0ED;19424603]Cunnigham says that if Broner defeats Pacquiao, many doors will open up for him. First of all, "Old man Pac" is going to beat the pants off Broner. And if for some reason he loses, how is a victory over…

[QUOTE=umop-ap!sdn;19424407]Ok so why is this an article? AB has fought at 147 and 140 already so what's so big about this statement? We already know he can fight at either weight. Moreso, AB can fight st either weight regardless if…

LMAO, Bonehead won't be fighting AT ALL after Pac destroys him. Dude is finished, this is his cashout fight.

[QUOTE=JWHardin;19425411]You are right. On paper, past fights, style match up....all looks bad for Broner. But! Broner's record against southpaws is 6-0 with 5 KO's. He has a great straight right hand, and a great chin. The last time Manny went…