Wilder’s co-trainer and co-manager just wishes they’d better appreciate what Wilder does to set up those devastating knockout shots he lands. Deas has seen considerable improvement in Wilder, development Deas believes has gone unnoticed among many boxing observers because they’re preoccupied with his highlight-reel knockouts.

“Deontay does not get the credit that he deserves for the improvement, the skill level that he has, the ring IQ that he has,” said Deas, who trains Wilder along with former WBA welterweight champ Mark Breland. “I don’t think people totally get what they’re seeing, and sometimes they don’t understand the nuances of the sport.” 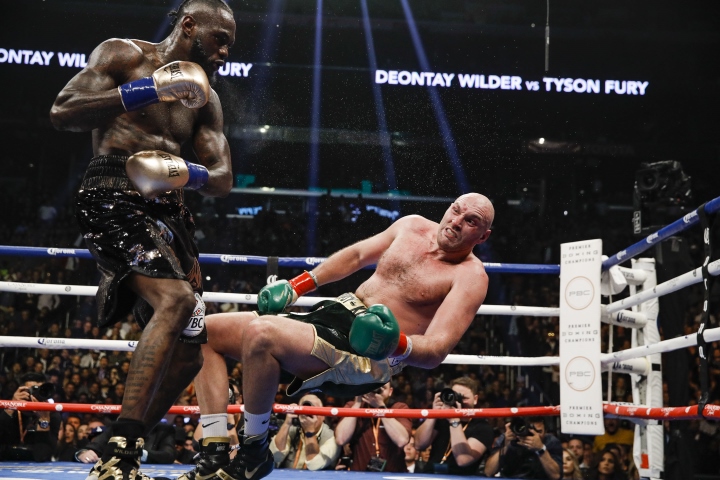 Breland and Deas test Wilder (42-0-1, 41 KOs) every six months at Deas’ gym in Wilder’s hometown of Tuscaloosa, Alabama. What they see is more than just an unrefined, unusually powerful fighter who has knocked out 95 percent of his pro opponents entering his 12-round rematch against England’s Fury (29-0-1, 20 KOs) on February 22 in Las Vegas.

“We do what we call a six-month test,” Deas explained. “Every six months we ask ourselves, ‘Would you, right now, beat you from six months ago?’ And I can answer, 100-percent honestly, that since the beginning of the first day that he came in the gym, that answer has been yes. He, six months [later], beats him from six months ago. He keeps getting better and better and better, and smarter and refines the technique. See, the thing people don’t really get and understand is the timing, the distance, the spacing, the positioning, all those things that allow you to land those big punches. That’s skill. That’s maybe the most skill.”

The 6-feet-7 Wilder’s practical application of those abilities separates him from many boxers, according to Deas. It’s what enabled Wilder, who was down by growing margins on all three scorecards, to knock out Luis Ortiz with an expertly placed right hand in the seventh round of their rematch November 23 at MGM Grand Garden Arena, the same venue where he’ll face Fury next week.

“Now, I know people like to look on the Internet and see a guy throwing, you know, on the mitts a 47-punch combination, with three hips, four lips and five dips, but that’s not reality,” Deas said. “That’s not against live, resisting opposition. And what Deontay does is he puts himself in a position to land those shots, and that’s more skill than people really sometimes can even comprehend what he’s doing. So, to answer your question, yes. I mean, his improvement just continues and continues. And the thing is, he wants to learn. Like, he’s the kind of guy that he still is hungry to get better and better. And I think that’s probably the best compliment I can give any fighter. But Deontay is a whole different level guy.”

If it isn't too late maybe he can finally change for the better. The aura of "if it isn't broken don't fix it" surrounding Wilder's career can certainly be put to rest now. The very best performance of Wilder's career…

Maybe Wilder fans will finally understand just how bad he is when it comes to boxing ability and ring IQ. Also why did he keep pulling away with his chin high in the air, it was cringe worthy watching him…

Wilder has actually regressed. That second Ortiz fight showed it, he became more dependant on power. If he actually trains his legs to balance out his body and starts throwing different punches, he’ll give Fury a much better fight. A…

They're strategically putting statements like this out now because they know fans are pressuring Wilder to fire his bum ass trainers.

[QUOTE=BodiesInFlight;20416106]Nobody notices it but a shrewd boxing sage like yourself.[/QUOTE] Sarcasm I assume, but I’ll roll with the joke. The ref called that KD a slip so technically he didn’t notice it lol