Chisora Training Hard: No Juggling or Mind-Training Like Usyk - That's For Sissies

David Haye, former world champion and manager to heavyweight contender Derek Chisora, is offering a bounty of £1,000 to anyone who manages to knock his fighter out in sparring. 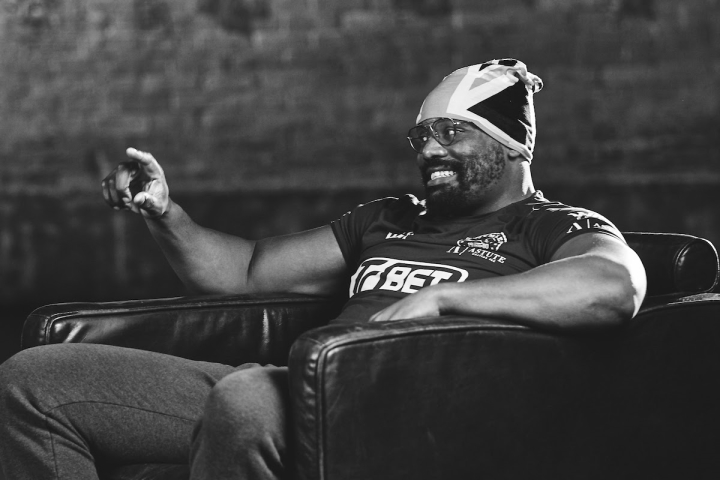 Chisora admits that it's been very hard to secure sparring partners who are capable of mimicking the style of Usyk.

“I am getting my fitness right. But sparring is hard because there is nobody out there who can spar like him, who can box and move like him. You just don’t know what to expect this guy to do in the ring. But I don’t think he is going to find it very easy to prepare for Derek Chisora. I haven’t been doing any of that juggling, mind-training stuff he does — that’s just for sissies. I like going shooting, hunting and killing stuff,” Chisora told The Sun.

Chisora is really looking to put on a show for the local fans, as there are several high profile heavyweight fights taking place in the coming months in UK.

With a 32-9 career record, the contest with Usyk is potentially his last high profile opportunity.

A win over Usyk could lead to a world title fight. Usyk is currently the WBO's mandatory challenger to world champion Anthony Joshua.

“With everything that is happening in the world, you should be just happy for the chance to fight. I know a lot of fighters who cannot fight and are struggling," Chisora said.

“It’s something to look forward to and then people have the Dillian Whyte and Alexander Povetkin rematch. Then it is Anthony Joshua vs Kubrat Pulev and then Christmas, so hopefully we kick off a happier period for everyone. It wasn’t about money, it was about getting back in the ring and doing what I love.”

[QUOTE=LoadedWraps;20812680][COLOR="Navy"] A lot of stupidity from your posts in here. The fact that you mock agility training and don't understand the correlation between mental acuity and exercise, and physical performance is telling. And people who bring up / focus on…

[QUOTE=Rick Taylor;20812670]sure The message you have entered is too short. Please lengthen your message to at least 10 characters.[/QUOTE] [COLOR="Navy"] A lot of stupidity from your posts in here. The fact that you mock agility training and don't understand the…

[QUOTE=kafkod;20812562]I'm not Ukranian.[/QUOTE] sure The message you have entered is too short. Please lengthen your message to at least 10 characters.

[QUOTE=kafkod;20812149]It's not their fault that you appear to have no brain.[/QUOTE] you salty ukranian lmao 😆