Back on September 25 in Tijuana, Chavez Jr. suffered a six round technical decision loss to Mario Cazares.

The fight took place at the light heavyweight limit, with Cazares getting off to a fast start and seemed to be in full control for most of the contest.

Chavez suffered a cut above his left eye, which led to an early stop in the fight. The referee ruled that his cut was caused by an accidental clash of heads and it was sent to the cards, with all three judges siding with Cazares as the winner. 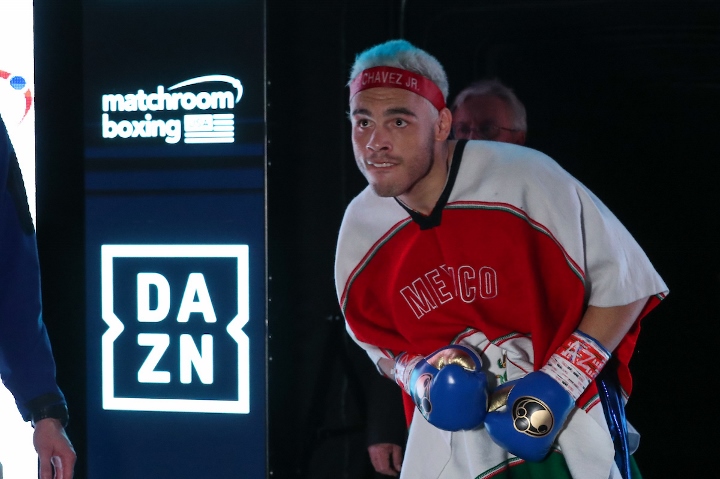 Chavez Jr. believes Cazares should been disqualified for allegedly fouling him.

Back in December of last year, Chavez Jr. suffered a TKO defeat at the hands of Daniel Jacobs - and that fight also took place at light heavyweight.

Chavez Jr. wants to have two more fights in Mexico in 2020 - and he's targeting November 21 in Sinaloa for his second fight of the year.

Beyond 2020, he wants to face former unified middleweight champion Gennady Golovkin in the first half of the coming year.

"I think a good fight for the next year would be against Gennady Golovkin, I think it would be a good fight. It would serve us both a lot, we hope it can be given," said Chavez Jr. to El Debate.

Chavez Jr has only managed to get one win in his last four fights.

Golovkin holds the IBF's middleweight title, he's been away from the ring since 2019, and he's going to be making a mandatory defense in his next ring appearance.

This fight definitely happens as DAZN needs those mexican subs.

Gotta love the usual dip****s that think Golovkin would actually take this fight because it was a fight that he wanted over 6 ****ing years ago. Pretty sure Abel wanted this fight more than Gennadiy did.

A nice pay day? No he has a contract with DAZN for a few more fights, his pay probably would be less by beating the bum! He would make more money probably goving Jacobs the rematch.

Chavez reminds me of Homer getting continuously punched in the head and not going down.