The bout will serve as a special attraction - for the card which features the Showtime Pay-Per-View main event with Deontay Wilder defending his World Boxing Council heavyweight title against former unified world champion Tyson Fury, at the Staples Center in Los Angeles.

The son of the legendary Julio César Chávez is coming back to the ring after a year without fighting. He's been out of the ring since suffering a catch-weight decision loss on May 6, 2017 to Saul "Canelo" Alvarez. 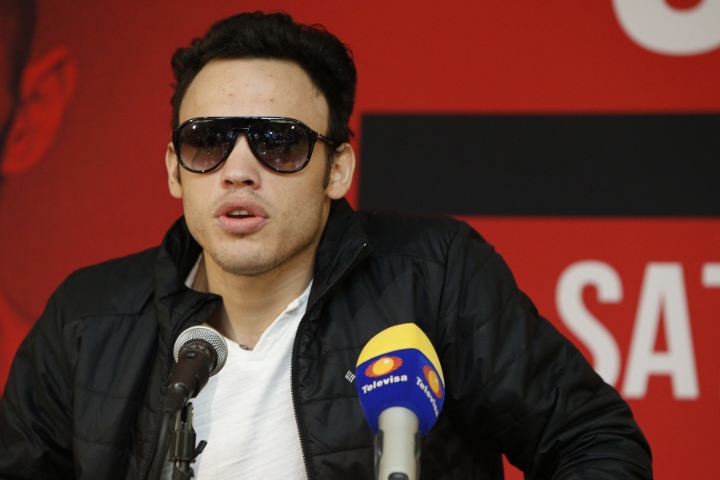 In a revealing interview, which took place earlier this week with Telemundo, Chavez Jr. was completely honest and acknowledged that his addiction to drugs and alcohol contributed to the deterioration of his career in boxing and his personal life.

He says everything began in the aftermath of suffering a decision loss to Sergio Martinez in 2012.

"My drug addiction was for depression, after losing with Maravilla Martinez ... When I lost with Maravilla in 2012, I had a very strong sense of disappointment and I started drinking a lot, consuming drugs; I smoked marijuana, I took a lot of pills, because I had trouble sleeping. I dropped alcohol for two years; I left it, but I picked up pills and in the end it was the same, it was hurting me," Chavez told Telemundo.

"I was in Tijuana for about two months, in his clinic, because I suffered a lot of anxiety. For me it was difficult because at first I said 'why ?, I have money, my house, I'm not bad', but later I realized it was wrong, that my wife and daughters realized when I was drinking and it was bad," Chavez said.

The former world champion, who has a professional record of 50-3-1, and 32 by knockout, will return in the super middleweight division. He's confident of beating anyone and becoming a world champion at the weight.

"Perro" Angulo (24-7 and 20 KOs), on the other hand, is coming in after suffering two defeats in a row and he's looking to cut that streak.

All you guys keep saying that. If he had half of his daddy's heart, he'd be a world Champion! But he dose not and I hate seeing him fight the Andy Lee's of boxing!

For someone who was born with a silver spoon and had no amateur career, Chavez Jr had a good run, all things considered. Maybe he had potential to be great if he was more disciplined, instead of a druggie and…

[QUOTE=TJ highway;19282687][/QUOTE] Please don't rub it in anymore. The thought of the greatest prospect of the last millennium turning to the marijuana hurts me too greatly.