The World Boxing Council has revealed that their flyweight champion, Charlie Edwards (15-1-0-1 NC, 6 KOs), has decided to vacate his title after reporting that it is too difficult to him continue making the weight  (50,802 kilos – 112 pounds).

In his most recent fight on August 311, Edwards retained his championship in a match that was declared a “no contest” against WBC # 1 Julio Cesar Martinez (14-1-0-1 NC, 11 KOs), at the O2 Arena in London, England.

The fight was initially ruled a knockout victory for Martinez, but then a replay showed that the Mexican puncher hit Edwards while he was down. 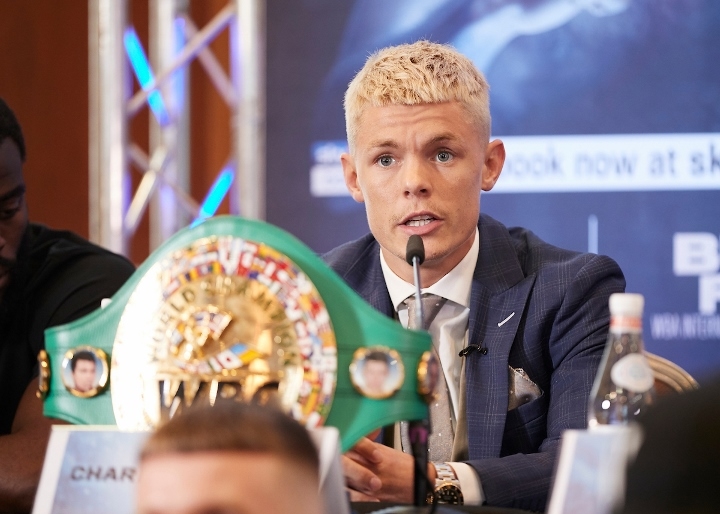 Edwards was crowned by defeating Nicaraguan Cristofer Rosales, in December of last year. He then made the first defense of his crown by defeating Spanish boxer Angel Moreno by unanimous decision.

This is a fragment of a letter that Edwards sent to the President of the WBC, Mauricio Sulaimán:

I hope your well mate I just wanted to write you a message personally to thank you for everything you have done for me throughout being WBC world champion, you hold a big place in my heart and I am so grateful for how happy you have made my mum more than anything especially giving her own belt.

Me and my team have decided due to how much I struggled with the weight last time out it actually scared me about how much I was putting my health on the line and I can’t risk causing damage to myself as health is the single most important thing in life. I am gutted because I value being WBC world champion and so proud to be able to be in history as WBC flyweight world champion! The best belt in boxing by far. I want to continue to represent the WBC and really really want to push on through the super flyweight rankings and persuade the super flyweight title! But I wanted to let you know first before anyone else that I will be vacating the title to move up and challenge at the new weight. Thanks so much for everything.

He didnt want no parts of that rematch

[QUOTE=Theosis26;20101262]Haha what a clown. I'll definitely go outta my way to hate on this guy now. Dude is scared ****less of Martinez. Better to get ko'd in a rematch & earn respect, then duck him.[/QUOTE] I respect nearly all boxers…

Words cannot describe how much I dislike this guy. Rolling around like a pu$$y football player to get out of a fight he was getting beat in. He got smashed by at least 10 good shots before going down, pussied…