London, UK - Charlie Edwards (16-1, 6 KOs), the former WBC flyweight champion, had his first fight since giving up his world title because of weight-making difficulties last year, as he won a hard fought points decision over Kyle Williams (11-3, 3 KOs) in a bantamweight ten-rounder in the chief support to Taylor-Khongsong at York Hall.

Edwards’s world title reign ended a few days after being counted out in his second title defence against Julio Cesar Martinez, the knockout loss being changed to a no-contest because the Mexican’s finishing shot had been landed when Edwards was clearly down. But he still believes he has what it takes to win a world title at super-flyweight and a win over Williams, the former Commonwealth bantamweight champion, was a step in the right direction.

Edwards was happy to box as Williams came on to him, trying to turn the boxing match into a fight.  Williams did have his moments, roughing Edwards up on the ropes in the second and third rounds. But when Edwards maintained his distance. Williams found things hard. 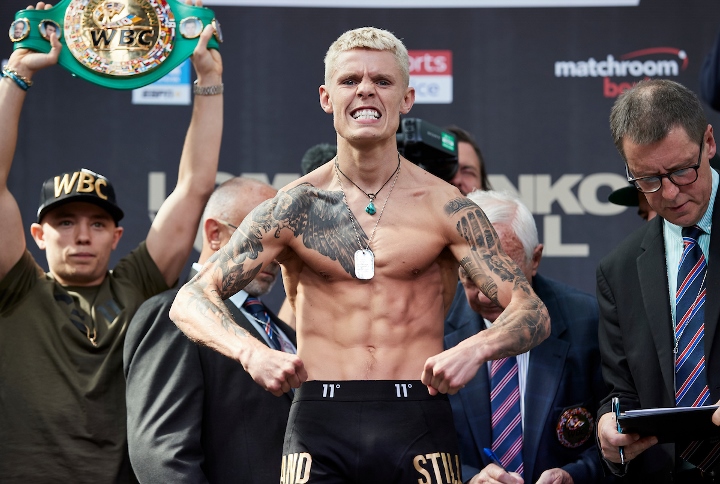 By the fourth round, the Midlander was marked around the face and dropping his hands in the hope of luring Edwards into danger. But Edwards kept his discipline, kept throwing jabs and combinations and piling up the points.

In the fifth, Williams landed a looping right hand, which seemed to lead to Edwards slightly tripping over, but too often, Edwards landed the moved, leaving Williams to throw at thin air. A lead right and corkscrew left hook to the body were two particular shots he had success with.

The best round of the fight was the eighth, as Williams finally gained some success, getting through Edwards’s defences with two good rights and then trapping him on the ropes, were he unloaded with shots to head and body. Edwards had to soak it up, but when the sting went from Williams’s work, Edwards founght his way back of the ropes, landing clean with the left hook and making Williams step back.

The ninth was another tough round, as Edwards seemed to be tiring, but while he had to stand and fight, he had a fair amount of success and always landed the cleaner shots. Edwards spent the last round on the backfoot, picking Williams off as he tried to land one big punch.

It never came and referee Bob Williams gave Edwards the decision by 99-91.