Charles Martin is Interested in Whyte vs. Povektin Winner

Charles Martin was last in action in February when he stopped Gerald Washington in the chief supporting bout underneath the Deontay Wilder-Tyson Fury pay-per-view rematch.

A couple weeks after the fight, the former IBF heavyweight champion said that he is looking to fight in an IBF eliminator with July the target month for the bout to take place. 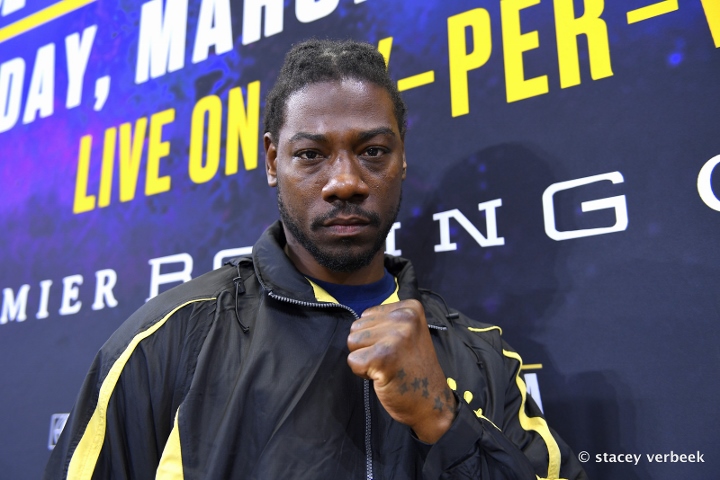 The current IBF champion Anthony Joshua, who also holds the WBO, WBA and IBO titles, will face his IBF mandatory challenger Kubrat Pulev on June 20th so the next IBF mandatory won't become due until sometime next year. With such a long delay before getting a shot at the title, Martin is also open to exploring other options. He recently said that he is interested in fighting any of the high profile contenders in the division.

One of them is Dillian Whyte, who holds the WBC interim title and is slated to face top contender Alexander Povetkin on May 2nd at the Manchester Arena in the United Kingdom.

Martin believes that will be a very competitive fight and is open to fighting whoever emerges victorious.

"That is a good fight Whyte and Povetkin. Yeah, I would take the winner. I want any of these guys, man. They all got flaws and we will be able to capitalize on them. Ain't none of us perfect. We just be in the gym working on capitalizing on flaws," Martin told BoxingScene.com and a group of reporters after Robert Helenius upset Adam Kownacki in Brooklyn on March 7th.

Whyte-Povetkin winner will likely still have to wait around for a title shot, may as well mark that time by fighting Martin.

I think Charles Martin should fight someone like Hughie Fury or even David Price...

[QUOTE=15 Rounds again;20470206]The first thing that comes to mind when I hear the name Charles Martin is an image of some dude looks like they pulled in off the street and offered 5 million to. Pretty sure that during his…