Charles Martin: I Had The Money, Now I'm Here For My Legacy

Charles Martin is ready to once again walk this earth like a God.

The former heavyweight titlist is all in for his crossroads bout with former stablemate Gerald Washington, as the pair of California heavyweights collide this Saturday at the MGM Grand Garden Arena in Las Vegas, Nevada. The bout serves as the chief support to the long-awaited rematch between defending heavyweight titlist Deontay Wilder (42-0-1, 41KOs) and Tyson Fury (29-0-1, 20KOs).

“his is a big opportunity,” Martin (27-2-1, 24KOs) told ESPN’s Crystina Poncher during the grand arrivals on site Tuesday afternoon. “I'm honored to be on this card, it's one of the biggest fights of our era. 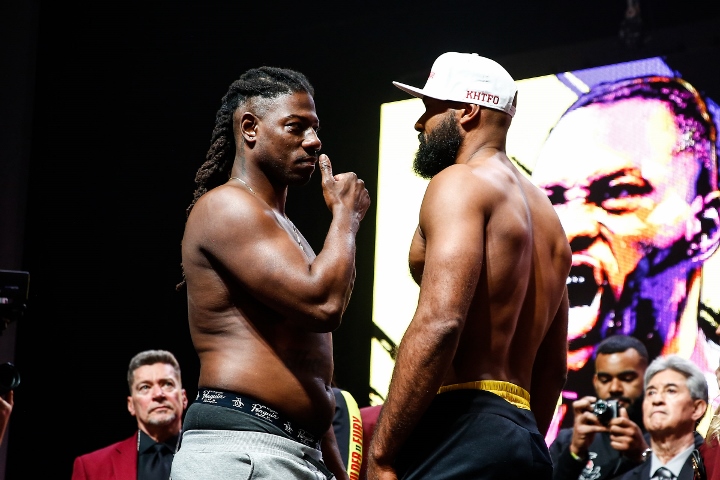 The bout marks just the sixth ring appearance for the Southern California-based heavyweight since his ending his brief stay as a heavyweight titlist. Martin won a vacant belt on the January 2016 undercard of Wilder’s 9th round knockout of Artur Szpilka, only to hand it over to then-unbeaten Anthony Joshua in the 2nd round of his first attempted defense just 12 weeks later in London, England.

The loss to Joshua came with a lucrative reward, though at the cost of a virtual disappearing act. Martin is 4-1 since then, the lone defeat coming in a spirited 10-round loss to unbeaten Adam Kownacki in September 2018.

A modest two-fight win streak accompanies Martin’s clash with Washington (20-3-1, 13KOs), a 37-year old fringe contender and U.S. Navy veteran from Vallejo, California. Both heavyweights are in need of a win, though Martin insists his comeback is about so much more than just remaining in the mix.

“It means everything, It's what I'm here for,” insists Martin of what this fight represents to his career. “I had the money, now I'm here for my legacy.”

[QUOTE=Monzon99;20406741]did haymon pay off the russian guy to fake the injury to give martin the belt? weird how that russian with kathy duva never boxed again.[/QUOTE] Glazkov's knee injury was pretty damn catastrophic, it was a torn ACL and he…

[QUOTE=Oldskoolg;20406773]Martin is a classic case of wasted talent. Has the size, the power, just doesn’t seem to take training seriously enough to have a S&C programme, dietician, and just seems way too gun shy and easily intimidated[/QUOTE] This is exactly…

[QUOTE=Corelone;20407285]Im not going phsychic or reading cards, but 270 is like 280 to me. Gravity is on Wilders side. Fury has to pull a fat rabbit out of his hat.[/QUOTE] Wilder might be the rabbit Fury puts in that hat…

[QUOTE=VislorTurlough;20407245]Even if he walks through Washington- this eliminator thing means he can be in position for a vacant belt due to alphabet shenanigans. We don’t need that[/QUOTE] What vacant belt in the WBC means anything anyway unless its a diamond…