Heavyweight contender Carlos Takam believes the scenario is perfect for a rematch with Derek Chisora.

Last July, Takam was battering Chisora for seven rounds and appeared to be on his way to a stoppage win. And then Chisora caught Takam cold in the eight, dropping him down twice for a come from behind knockout victory.

Takam came back in style last month, when he knocked out Senad Gashi on the undercard to Chisora's rematch with Dillian Whyte. 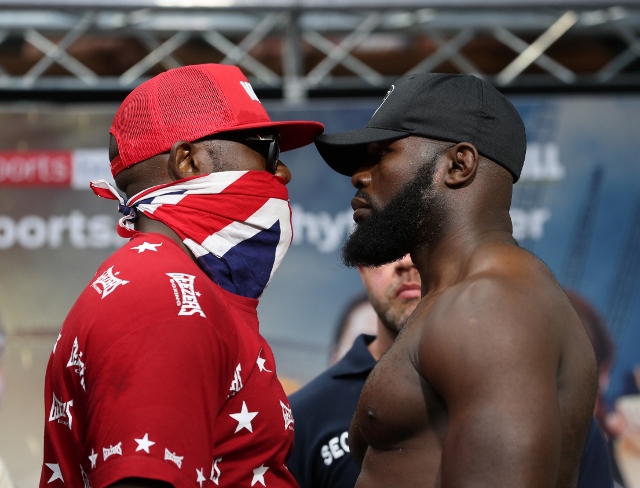 As far as the main event that night, Chisora was ahead on the cards when he was knocked out cold by Whyte in the eleventh round.

While Takam wants revenge, Chisora is likely going to take it easy for his next fight.

"With all the respect due to Derek, the first fight was an accident. It happens. As we say back home, sometimes even the snake can tumble. If I can fight Derek one more time, it won't be the same story. I will completely correct what happened.

"They put on a great show for the fans but we knew whatever happened, Dillian had more of a chance of winning than Chisora did. I have heard he prepared and trained very well for the rematch with Whyte and he is very disappointed losing it."

Takam's manager Christian Cerchi would love to do the rematch.

"It makes sense, a rematch with Chisora, because the first one was a great fight," Cerchi said.

"We are working closely with Matchroom and even if Chisora is working with David Haye now, I am sure they would be interested in this one.

"Wembley Stadium would be perfect. Anthony Joshua is the only one who can do the main event there, so we will have to wait."

Why not. They are both done anyway and out of top competition.

[QUOTE=earl-hickey;19455935]Ortiz outboxes them easily based on what? Ortiz got brutally ktfo boy wilder and has beat a bunch of stiffs He's never fought anyone occupying that middle ground such as a takam. So we don't know how he would do…

Nah, chisora fuked his **** up, sparked him cold, if klitscho is coming back let him have a crack lol