Sulaiman announced that the WBC has suspended former world champion Carlos Cuadras of Mexico, because he violated the rules of his last fight by refusing an anti-doping test in connection with the WBC's Clean Boxing Program.

The World Anti-Doping Agency (WADA) mandates that any fighter who refuses to take a drug test is in violation of their rules. 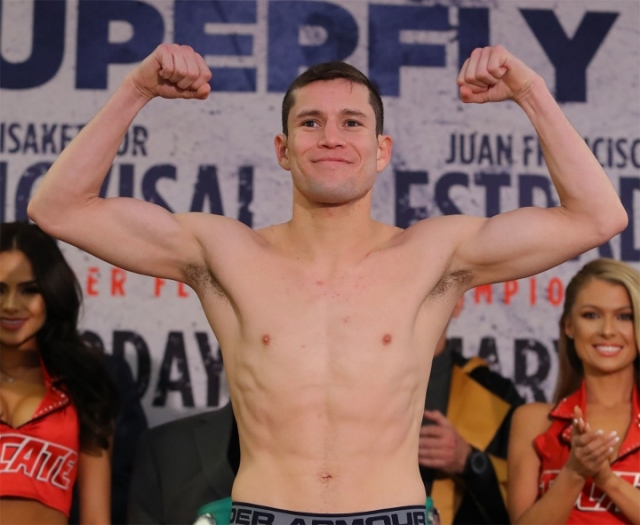 He says Cuadras has been removed from all of their world rankings.

"Carlos Cuadras is suspended for faults to the banned substances protocol, he is out of the world classifications and this topic is being addressed," explained Sulaiman.

He added that "discipline must exist in boxing, the fighter must have the highest priority of a clean sport, it is something that we will take to the maximum with important efforts."

The last few months have not been easy for Cuadras, who on February 24, in Los Angeles, California, lost an upset decision to comebacking Puerto Rican contender McWilliams Arroyo, in a bout for the silver title of the WBC.

IN OTHER NEWS: This past weekend, WBC silver lightweight champion Marcos Villasana TKO`d Jose Felix and is planning to go for the absolute crown...but not quite yet.

Marcos, who returned from a year of inactivity, was sharp minus some ring rust and in superb shape, and revealed that the key to his victory was the unstinting work in the gym. But also carefully following the sage and astute indications plus advice of his corner.

Aware that this is a crucially important step, Villasana acknowledged that he still needs to iron out some details, before plotting the title fight, but he trusts that his discipline and dedication will lead him to achieve his goal.

His trainer Ruben Lira confirmed that Marcos is an intelligent boxer, who`s maturing.

why haven't reporters or ''new media'' have asked Abel Sanchez about Cuadras? and what's with this article stating WADA with paranthesis for the top 15? lmao... VADA, not WADA

[QUOTE=BucaRican;18727949]Probably some Clen, maybe masking something not to sure though[/QUOTE] Yeah, my thoughts exactly. He definitely must have been masking his stuff good back then, that or the testing back then was awful.

[QUOTE=BombSquad;18726867]Wonder what kinda steroids Canelo used for the Cotto fight?[/QUOTE] Probably some Clen, maybe masking something not to sure though

[QUOTE=BucaRican;18726447]belittle, hahahahaaaaa He did that to his self pinche chulopa[/QUOTE] Wonder what kinda steroids Canelo used for the Cotto fight?