Caraballo: If Stevenson Thinks I'm Easy, It’s Gonna Be A Long Night For Him

The call came a little less than a month in advance. And it was for a non-title fight in the division above featherweight, where the Puerto Rican veteran is most comfortable competing.

But Caraballo is 33 years old, well aware that he is running out of time to make the type of impact in boxing he had planned. He had told his promoter, Javier Bustillo, after his last fight, a first-round knockout of a journeyman January 25, that he wanted to face a top opponent in his next fight, preferably in the United States.

Even Caraballo didn’t think that opponent would be someone as good as Shakur Stevenson, but he didn’t hesitate to accept clearly the most difficult fight of his career on short notice. Caraballo (13-1-2, 9 KOs) will encounter Stevenson (13-0, 7 KOs), the WBO featherweight champion, in a 10-round, non-championship match at the junior lightweight limit of 130 pounds Tuesday night in Las Vegas.

The Stevenson-Caraballo bout will be boxing’s first televised main event since March 13, the night Showtime broadcast bouts from Hinckley, Minnesota. Caraballo will go from fighting in absolute anonymity to facing one of boxing’s best young champions in the sport’s highly anticipated return from the COVID-19 pandemic.

“I would’ve liked for them to have called me three months earlier,” Caraballo told BoxingScene.com. “That would’ve been better. But opportunities like this, if I would’ve let it go, I don’t know if I could get another chance like this. That’s why I took the fight.”

Multiple Internet sports books list the 22-year-old Stevenson as a 100-1 favorite to beat Caraballo, yet the numbers never have favored this unknown underdog.

Caraballo played baseball, the sport he loved, for most of his life.

Though a fan of island icons Felix Trinidad and Miguel Cotto, he didn’t set foot in a boxing gym until he was 20. Even then, Caraballo didn’t expect to actually fight.

Comparatively, Stevenson won an Olympic silver medal when he was 19. 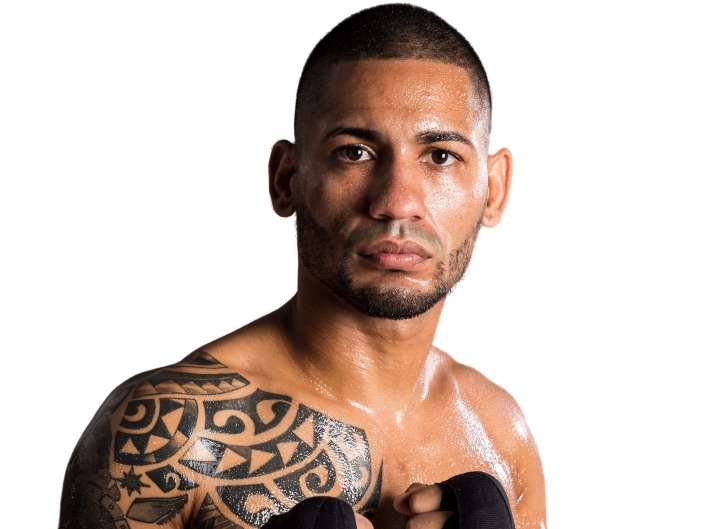 Stevenson was just 22 when he became a world champion in only his 13th professional fight October 26 in Reno, Nevada.

Caraballo crammed nearly 70 amateur fights into five years before he decided to turn pro amid no fanfare whatsoever.

The late-blooming boxer settled for draws in each of his first two professional fights. Caraballo won eight straight bouts thereafter, but he lost an eight-round unanimous decision to countryman Pedro Medina (12-1, 8 KOs) in January 2018.

Caraballo has won five consecutive contests since Medina defeated him, though he realizes he hasn’t faced anyone nearly as good as Stevenson.

“He’s a great fighter,” Caraballo said. “I don’t got nothing bad to say about him. He got technique. He knows how to move. He’s fast. He’s intelligent, but we are working hard because we know this is a big opportunity and we have to give it our all. We have to give the fans a great fight. You don’t get a lot of opportunities in life like this one.”

Caraballo completely appreciates what’s at stake versus Stevenson – a fast, intelligent, smooth southpaw who rapidly developed into one of the top featherweights in boxing.

Until a week ago, the humble Caraballo worked eight hours per day at his full-time job in a supermarket warehouse in his hometown of Mayaguez, Puerto Rico. He was given permission to take two weeks off to wrap up training camp and travel to Las Vegas for fight week.

Typically, though, Caraballo gets up at 3:30 in the morning to do roadwork before starting his shift at 7 a.m. He does his strength and conditioning and boxing training after work, which usually leads to long, draining days.

With a 4-year-old son, a 3-year-old son and a wife who’s four months pregnant with their third child, Caraballo has all the motivation he needs to pull off what would be remembered as a gargantuan upset.

“If I beat Shakur Stevenson, it would change my life,” Caraballo said. “It would open all the doors for me in the United States, and get me the biggest fights, the most important fights, and get me a title shot. I think that would be the greatest thing, to be the first Mayaguez boxer to be in Las Vegas, to beat Shakur and make a name for myself.”

All of Caraballo’s 16 professional fights have taken place in Puerto Rico. Like Stevenson, however, he spent his youth in New Jersey.

A few months after he was born, Caraballo moved to Paterson, about a 15-minute drive up Route 21 from the Newark neighborhood where Stevenson grew up. Caraballo briefly lived in Georgia and Michigan before returning to Puerto Rico, where he has remained since he was 11 years old.

Stevenson says he didn’t know Caraballo even existed before he was presented as an opponent for Tuesday night. After watching one round of YouTube footage, Stevenson determined that the aggressive Caraballo is “nowhere near on my level.”

“I can see all of his fights,” Caraballo said. “I’ve seen all of his videos. But if he thinks I’m an easy fight, well, I’ll let him know the day of the fight I’m going for it. I’m gonna give it my all. I’m gonna leave my heart in that ring. I hope he don’t think I’m an easy one. If he does, it’ll work out in our favor. Some people say that he could be overlooking me, that he thinks I’m not a good fighter or I’m not dangerous for him.

“But this is my big opportunity. If he’s not prepared like he usually is and he thinks I’m easy, I know it’s gonna be a long night for him. Just like I always say to everyone, nothing is guaranteed in boxing. He’s human, just like me. He has two hands, just like me, and anything can happen.”

I sincerely hope Caraballo makes a fight of it. He has all the cards stacked against him and his only chance to win may be Stevenson totally overlooking him and even then it will be tough but all the best…

Guy isnt a kid and isnt old. He is going to try spoiling Stevenson. It's not on Stevenson to win he needs to win in dominant fashion. That's the pressure all elite fighters must face.

felix this guy is better than mayweather

It won't be, it'll end in the 8th if caraballo fights cautiously, and the 5th if he's aggressive.

When I saw this guy was fighting Shakur, I studied him. Kinda like a very poor man's Cotto. No disrespect to Cotto, because he's not close to him, but I can see his influence in the style. He's strong and…