It could be the DMV.

It could be the barber shop.

Everyone knows the deal when they arrive and the crowd has already formed for a first come, first serve service. You take your number and wait until you’re called.

Sometimes, one leaves after breakfast and gets home in time for supper.

This Saturday night, IBF super middleweight titlist Caleb Plant (20-0, 12 KO) defends against former titlist Caleb Truax (31-4-2, 19 KO). The 28-year old Plant is heavily favored, though Truax has played the big upset card before. Unbeaten with two wins and a no decision since narrowly losing his rematch with James Degale, the 37-year old Truax has nothing to lose.

Maybe we get a show out of it (Fox, 8 PM EST). It’s more likely we get a showcase in a violent version of waiting on the number. The clever Plant is being well promoted, and positioned. At super middleweight, all roads lead to one name: Saul Alvarez.

Alvarez, one of the sport’s leading attractions, has made it clear. Right now, home is 168 lbs. His stated intention is to unify the belts in his class. Alvarez’s masterful drubbing of Callum Smith gave him the WBC and WBA straps and he’s already scheduled to clear out a WBC mandatory with Avni Yildirim in February.

For fans of the redheaded division hopper, tracking when he gets Plant or WBO titlist Billy Joe Saunders in the ring to continue his accumulation of belts will be fun. For fans who want to see any other tantalizing matches in the division, it’s probably best not to get those hopes up.

The upside of big stars in boxing for fans is clear. There is more attention, more opportunity to chat about the sport with those whose attention is rarely fistic focused, and the joy of anticipation. The downside comes when there is only one real star to go around.

Right now at super middleweight, there are plenty of good fighters and the potential for middleweights Jermall Charlo, Demetrius Andrade, and Gennady Golovkin to join them for the right fight. The problem appears to be that, for most, the right fight is Alvarez. 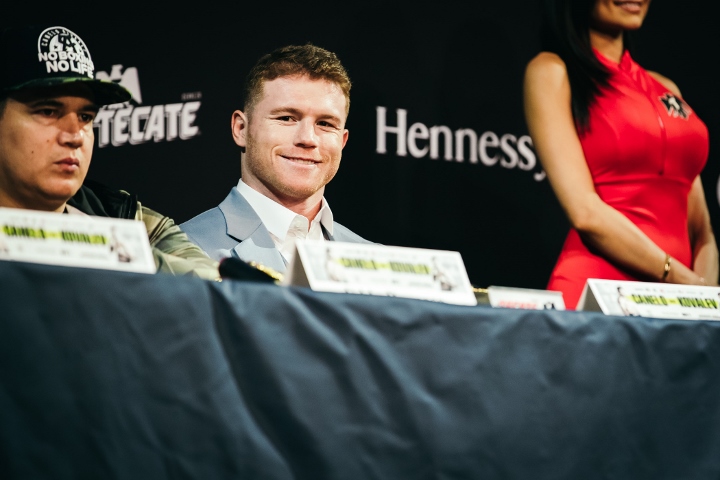 Alvarez can only fight them one at a time and the line right this second forms behind Yildirim. Plant, like Saunders, has the next best place in line. Alvarez can’t unify without them. As reported by BoxingScene’s Jake Donovan, Alvarez is working with promoter Matchroom for at least the next two fights.

That could mean odds favor Saunders as next after Yildirim. Saunders is also with Matchroom. A Cinco De Mayo showdown would be no surprise.

What will everyone else do in the meantime? In a best case scenario, we’d see some good fights while the rest of the Alvarez hopefuls jockeyed for position to increase demand for their chances to cash in.

At middleweight, the best competitive option would be to see Charlo, Andrade, and Golovkin start sorting out who the best in the division is now that Alvarez is gone. At super middleweight, if we end up with Alvarez-Saunders, the next best fight out there would probably be Plant and undefeated former titlist David Benavidez.

None of that feels most likely. Golovkin, nearing 40, can afford to wait and see if his number gets called later this year, in May, September or beyond, for a third fight with Alvarez. Benavidez, assuming his body can keep him at super middleweight long enough, will eventually have a WBC mandatory to a belt he’s lost twice without losing, first to a drug test and then on the scale.

He has no reason to risk his position with the sanctioning body.

Plant is under no obligation to risk his position and reward a Benavidez who put himself outside the belted mass. Would super middleweight be more interesting if they fought anyways? If we saw Charlo-Golovkin of Golovkin-Andrade?

But history says fans don’t hold fighters below the primary superstar threshold to the same standard as superstars nor hold them accountable for taking less risks than the stars for long stretches at a time.

Right now, it appears a line is formed and no matter how much bravado and big talk there might be, ultimately there is decent money to be made waiting and only one sure path to significantly more right now.

So get ready for Alvarez versus the next in line and a lot of fights like Plant-Truax everywhere else.