If Canelo Alvarez truly wants to fight Sergey Kovalev on September 14, his promoter will have to offer the WBO light heavyweight champion more money than it did Tuesday.

Multiple sources have informed BoxingScene.com that Golden Boy Promotions provided an offer to Kovalev’s promoter, Main Events, on Tuesday that Kovalev and his handlers have deemed unacceptable. The exact figure is not known, but BoxingScene.com has confirmed that it’s less than half of the low-eight figure guarantee Alvarez’s previous opponent, Daniel Jacobs, made for their middleweight title unification match May 4 in Las Vegas.

Alvarez would prefer to move up two weight classes to challenge Kovalev for his 175-pound championship than to take a third fight against Gennadiy Golovkin. If Kovalev’s handlers walk away from negotiations for an Alvarez fight, however, Alvarez could be left to face Golovkin again because the 37-year-old Golovkin and the 36-year-old Kovalev are believed to be the only two opponents DAZN executive chairman John Skipper will approve for Alvarez’s next fight. 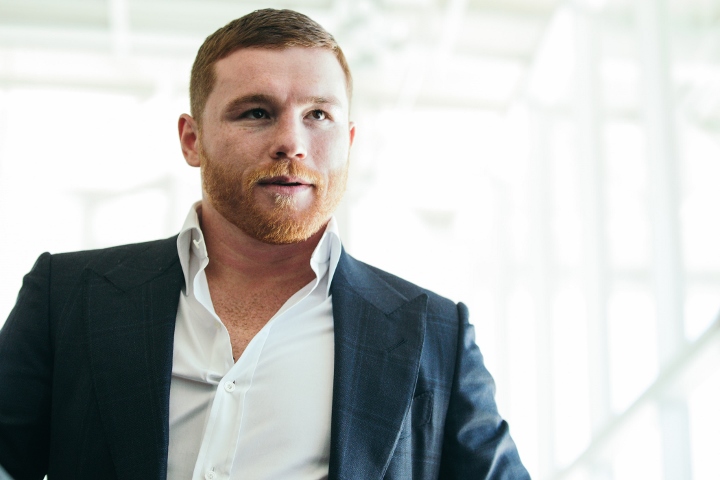 Skipper signed Mexico’s Alvarez and Kazakhstan’s Golovkin to nine-figure contracts to fight exclusively for DAZN in part because he believes their third matchup will generate a substantial number of subscriptions for the fledgling streaming service. Skipper apparently is OK with Alvarez (52-1-2, 35 KOs) facing Kovalev first and then boxing Golovkin again in May, assuming Alvarez were to come back down from light heavyweight to middleweight.

Time is of the essence in these negotiations not only because September 14 is just 10 weeks from Saturday, but because Kovalev (33-3-1, 28 KOs) already has a deal in place to make a mandatory defense of his WBO title against Anthony Yarde (18-0, 17 KOs).

Kovalev and England’s Yarde initially were supposed to fight this past Saturday, June 29, in Kovalev’s hometown of Chelyabinsk, Russia.

They recently agreed to fight August 24 in Chelyabinsk. ESPN+ would stream Kovalev-Yarde live in the United States as part of Kovalev’s deal with that network.

Kovalev seeks a considerable amount more than Golden Boy has offered for him to fight Alvarez because he and Main Events would have to pay Yarde and promoter Frank Warren significant step-aside money to allow Alvarez and Kovalev to fight first. Yarde is contracted to make a career-high, seven-figure purse for fighting Kovalev.

Main Events also would have to pay part of Kovalev’s package to Bob Arum’s Top Rank Inc., which has contractual options on Kovalev, for him to instead face Alvarez on September 14.

Real men are an endangered species. Who cares if theirs a weight clause?!?! Look at Jacobs, he just went ahead and paid the fines. Kovalev will give Canelo no advantages so even if they have a weight clause, no way…

[QUOTE=ShaneMosleySr;19874583]Yup. Canelo-Kovalev is a bigger fight than Canelo-Jacobs.[/QUOTE] [QUOTE=Detroit29;19874683]Canelo was never serious in the first place about fighting Kovalev. The offer said it all. And besides, Kovalev would have to come over to DAZN to make the fight happen and…

Though Kovalev is old it would still be a interesting bout as long as there is no catch weight. Kovalev hasnt looked like the Krusher in some time and draining him now when he already seems fragile when it comes…

[QUOTE=kushking;19877668]Get it through your thick skull imbecilic cuck,I can give a flying fck about grammar & use android keyboard suggestions to complete majority of sentences I write. Only a true gggaylord like you is such a pathetic btch that you…

[QUOTE=Jab jab boom;19876175]still messed up your vs you're in this post too. What grade are you in? Still haven't posted the simple statements that you say exist. What good is furthering this convo if you can't provide basic proof of…