The president of the World Boxing Council, Mauricio Sulaiman, has revealed at the ongoing WBC convention in Kiev, that middleweight world champion Saul "Canelo" Alvarez (50-1-2, 34 KOs) will be allowed to make a voluntary defense if he returns to the ring in December.

Canelo is looking at the possibility of fighting on December 15th.

Canelo captured the WBC, WBA middleweight titles last month, after winning a twelve round majority decision over Gennady Golovkin at the T-Mobile Arena in Las Vegas. 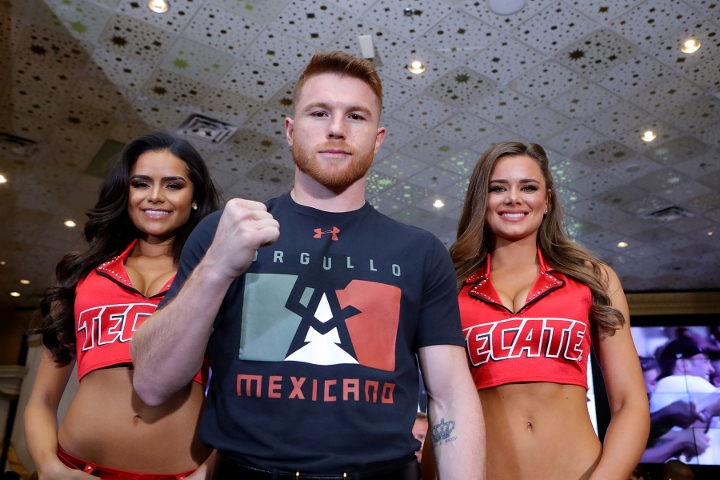 But one of the big issues hanging in the background, is the obligation of a mandatory defense against WBC interim-middleweight champion Jermall Charlo.

Charlo expected to face the winner of the Canelo vs. Golovkin rematch.

"You have to review mandatory classifications and fights of the 17 divisions, and there are some very complicated issues... one of them is the future of Canelo as middleweight champion. Jermall Charlo who is interim champion, has the right to face the official champion. We understand that maybe [Canelo] will make a defense in December and we will be addressing that particular issue," Sulaimán said to ESPN Deportes.

The complications, Sulaiman said, would occur because he is waiting for an immediate rematch request from Golovkin - who will demand a third fight with the Mexican superstar.

"We know that GGG is requesting a rematch, it has not been formalized but [his intention to make that request] has already been announced - but there is the issue of Charlo and the theme of the champion who will make a voluntary defense (in December) before making the mandatory (in 2019) depending on the times that are given for that fight," said Sulaiman.

Another interesting issue in making a Canelo-Golovkin trilogy, is the recent decision by HBO to drop live boxing from the network's programming.

Canelo and Golovkin were both HBO fighters - and now find themselves as network free agents. And there is no guarantee that both boxers end up on the same network.

[QUOTE=TonyGe;19162681]He should do what I suggested prior to the fight if he beat Canelo. Go to Japan for the money then retire. In my mind he won the first fight 8-4 and squeaked a win in the rematch. If he…

He should do what I suggested prior to the fight if he beat Canelo. Go to Japan for the money then retire. In my mind he won the first fight 8-4 and squeaked a win in the rematch. If he…

[QUOTE=Chuckguy;19160037]GGG trying to cash out and that pig suliaman is going to allow it. I want both canelo and GGG to give others a shot. Why not ggg vs Jacobs and canelo vs charlo and the winners can fight each…

[QUOTE=Jubei;19160027]It's crazy that a way past prime 36 year old fighter..... is still one of the absolute elite fighters and biggest draws worldwide in boxing[/QUOTE] no, the GREAT Floyd Mayweather was MUCH older and MUCH bigger just saying :lol1: [IMG]http://media.tumblr.com/ccef6e641636790216bd434a0c177fc2/tumblr_inline_n75krwRWEZ1qjsg0u.gif[/IMG]

[QUOTE=TonyGe;19159836]Since your not a fan, shut your pie hole and [B]don't presume to speak for us[/B]. The biggest complainer about who Golovkin did or didn't fight is you. I didn't want Golovkin to fight Canelo in the first place and…