Morales, who now fights under the Golden Boy Promotions banner, outboxed Olguin from the outside, mixing his attack to the head and body. Olguin attempted to counter with right hands to the head, landing at times or the left shoulder of Morales.

Sensing he was down in the fight, Olguin let his hands go with more aggression during the final two rounds. He caught Morales flush more consistently, but the Vancouver, Washington resident continued to land the more-telling punches until the final bell.

Alberto Melian battered Juan Kantun, dropping him once en route to a second round knockout victory.

Melian, who suffered his first professional loss to Eduardo Baez in his last bout on July 18, threw and landed at will from the opening bell, immediately putting Kantun on the defensive.

Kantun (21-9-3, 15 KOs), who is originally from Merida, Mexico and now resides in Phoenix, Arizona, chose to stay in the pocket and did occasionally land right crosses to the head, but he looked unsteady as Melian connected to his head.

About a minute into the second round, Melian landed a barrage of punches that put Kantun on the canvas. Kantun did beat the count, but was backed into a corner, where Melian battered him until referee Ray Corona stepped in and stopped the bout at 1:36.

Melian (6-1, 4 KOs), who resides in Buenos Aires, Argentina, stated after the fight he would now campaign as a bantamweight.

There was little action between the two fighters, but Nasiyiwula did land the more-telling punches. Both fighters finally let their hands go during the last minute of the final round. 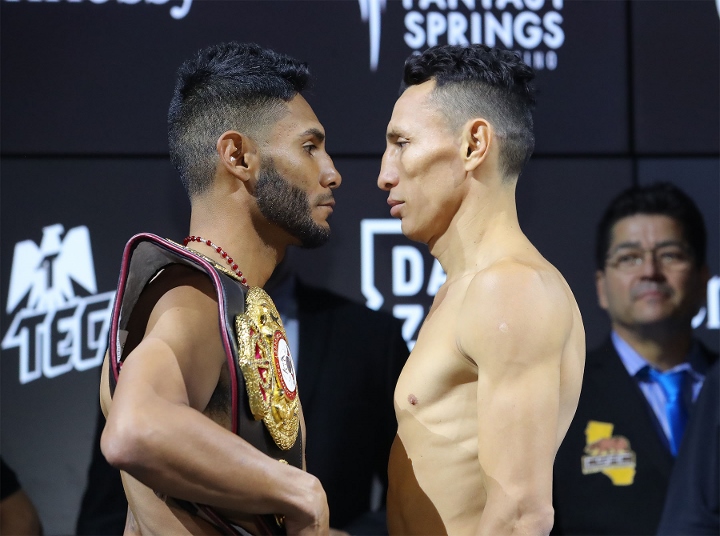