Campbell: I Learned a Few Tricks From Loma, I'll Add Them

According to lightweight contender Luke Campbell, he learned a few "tricks" that Vasiliy Lomachenko used in their Saturday contest at the O2 Arena in London.

Campbell was dropped and lost a twelve round unanimous decision to Lomachenko, who walked away with the WBO, WBC, WBA lightweight belts in the aftermath.

The fight was far more competitive than many had expected, with Campbell's style creating some problems for Lomachenko in the contest. 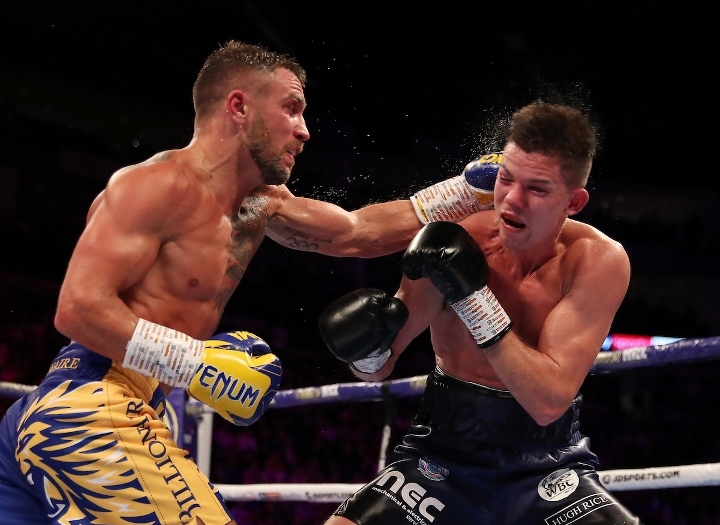 Campbell, who captured Olympic gold in the 2012 games, plans to come back a lot stronger, after losing for the third time in his pro caeer.

"I'm not going anywhere," Campbell told Sky Sports. "I will keep pushing. I do believe I got a lot better from that performance.

"I learned a few tricks in there myself, from Loma. I'll add them to my style. You're in for more great fights from me. I will be after those belts."

Lomachenko is planning to target the winner of the IBF title clash between champion Richard Commey and challenger Teofimo Lopez.

Once he unifies, Lomachenko will then target more fights at 130 and 126-pounds.

Four vacant belts could open the door for Campbell to secure a world title.

"I don't care who I go up against. I want those belts. They have my name on," Campbell said.

"Out of the Linares loss and the Yvan Mendy loss, which I don't talk about because I avenged it, [the Lomachenko loss] was the first time I have been truly beaten in the professional game. No excuses. I was beaten by the better man. Emotionally I'm in pain at the loss. Losing is very painful for me.

"How good is he [Lomachenko]? Well he beat me so he's very good. He's a special fighter, we all knew he was a special fighter. It's hard to have a game-plan when someone like that is in front of you that always adapts."

He still fight like amateur. He need to change trainer or he will never win belt in professional...

[QUOTE=DJS;20033229]The absolute state of keyboard warriors like you. You're a mess.[/QUOTE] That you Luke?

Sorry but styles make fights. I personally didn't even think he was in the fight against Loma like others may have for one, but Haney, Lopez or Commey would all beat Campbell imo. Probably by KO

i'm looking forward to his next fight, see how he does in the future in good fights