Calzaghe: I Would Have Beaten Andre Ward in Close, Tactical Fight

Calzaghe retired back in 2008, after winning a lopsided twelve round decision over Roy Jones Jr.

The Welsh superstar walked away with his undefeated record intact, 46 wins and 32 of them by knockout. 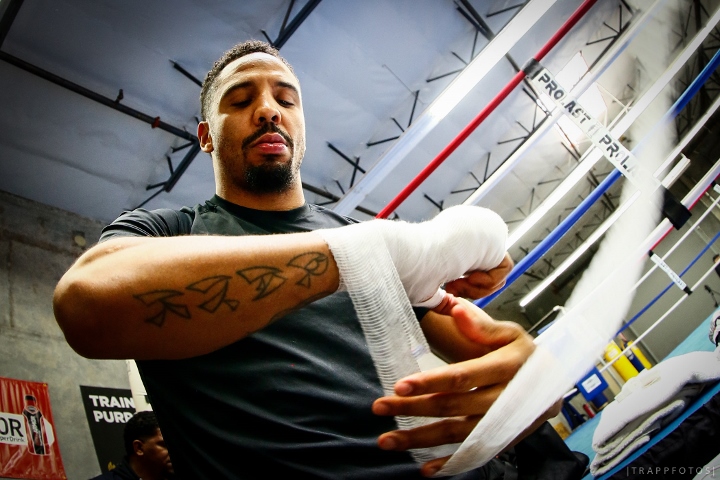 In 2008, when Calzaghe left the sport, Ward was still an up and coming contender.

He won his first world title the following year, with a breakout win over Mikkel Kessler to capture the WBA super middleweight title.

That began a streak of top wins - where Ward cleaned out 168 with victories over Sakio Bika, Allan Green, Arthur Abraham, and Calzaghe's rival Carl Froch.

Ward eventually moved up to light heavyweight, where he captured three worlds titles and ultimately retired in 2017 - with an undefeated record of 32 wins and 16 of them by knockout.

While Calzaghe feels confident of victory, he's not positive the contest would be that exciting to watch.

“Andre Ward is a very clever fighter, it’d be quite cagey. I’d win the fight, I think it may be a bit like the fight with Hopkins in some rounds. It’s one of them fights, I think I would have beat him on points but whether it would have been a great fight to watch – I’m not too sure.”

[QUOTE=Tuggers1986;20635647]Can't believe you are still lurking around these halls Crazy![/QUOTE] Hey Tuggers, didn't see this post... I've spent half the year on bans. I try and get myself banned regularly now, to stop me from wasting too much time here.…

[QUOTE=!! Anorak;20627114]I just meant that Kov shouldn't enter the equation. As for Joe quitting to not face the Big Dogs, the only one you could seriously argue at the time was Dawson..... the narrative that he ducked people like Froch…

[QUOTE=Emperor Trump;20626188]I actually think Calzaghe would outwork him.[/QUOTE] Sure you do...

[QUOTE=SuperSuperLeeds;20628190]Prime kovalev is 13/14 for me not who ward beat so.[/QUOTE] Bro Ward beat the prime off Kovalev. In addition, we could say that wasn’t prime Ward either. We could also say it wasn’t Ward’s natural weight class? Man excuses,…

Andre Ward and Hopkins were two different fighters. Hopkins was an overrated fraud. Ward fought more relentlessly. He fought to win. He never gave up in the ring. The only person Hopkins ever rallied to beat - and still lost…