Several films into a budding acting career, Burt Young probably thought he was done with boxing when he was approached about appearing in a low-budget production about a club fighter from Philadelphia given the opportunity of a lifetime to fight for the world heavyweight championship.

And as soon as he read Sylvester Stallone’s script for Rocky, he knew that despite the way Hollywood felt about boxing at the time, he was in.

“In those days, boxing movies weren’t fashionable,” Young said. “But he (Stallone) wrote so beautifully and eloquently, and so I really wanted to be a part of it.”

Young couldn’t have known that he would ultimately play Paulie Pennino in six “Rocky” films, but the friend of the title character (and later his brother-in-law) became a pivotal part of the beloved franchise, and today, the Port Washington, New York resident isn’t surprised at the series’ longevity.

“The acting was superb, and with the people he (Stallone) had involved, it was a pretty gifted group. So besides the writing, the cast was wonderful. (Robert) Chartoff and (Irwin) Winkler were very gifted producers as well.”

This Saturday, the Silver Screen Sports Film Festival presents a celebration of “Rocky” and the hockey classic “Slap Shot” at Tarrytown Music Hall in Westchester, with Young and the actors who played the Hanson Brothers participating in a Q&A after screenings at 12:15pm and 7:45pm.

It’s a return to an interesting time for Young, now 77, who had already served in the United States Marine Corps and told the LA Times in 1985 that he was “in every business in the world that didn’t have an inventory.” One of those businesses was boxing, and after several amateur bouts while in the Marines, he turned pro with none other as Cus D’Amato as his manager. 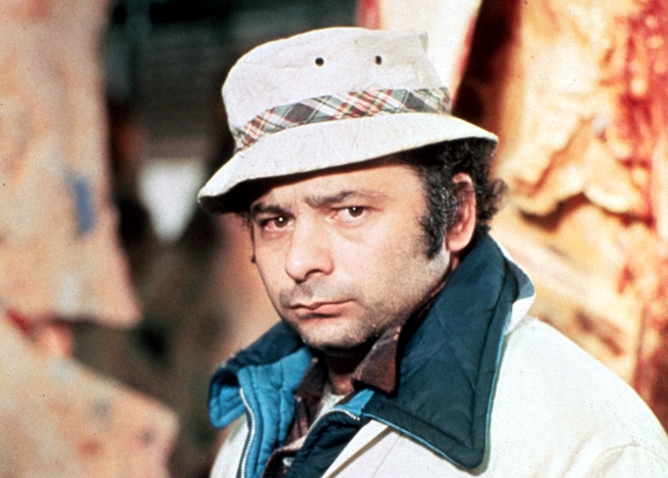 Fighting under a series of aliases, Young says that he compiled a 17-0 record, with his apprenticeship in the ring aided by sparring sessions with the likes of Jose Torres and “Irish” Bobby Cassidy. But there would be no greater glory for him in the ring.

“I had a future, but my family didn’t want me taking punches,” he said. “So I did what I could do and I put my own heart, my own needs aside. Of course I missed it. But it’s a hard sport to miss because who likes to get punched in the face.”

It’s clear that Young has no regrets, and why would he? He learned acting under the tutelage of the legendary Lee Strasberg, appeared in classics such as “Chinatown,” “Once Upon a Time in America” and “Last Exit to Brooklyn,” and is also an accomplished writer and painter. He even dabbled in boxing management, leading David Sears to a 1985 light heavyweight title shot against Michael Spinks.

“David was okay, but you didn’t know what you had until fight night,” said Young of Sears, who was stopped in three rounds by Spinks. So is it safe to say his days as a manager are done?

“If something came along and some kid needed a hand, I would help him, but I don’t want to lose my day job,” he laughs.

He won’t have to worry about that, yet despite all the roles he’s played, it’s likely that all talk will eventually return to Paulie, the cantankerous foil to Stallone’s Rocky Balboa, full of one-liners and a view of the world all his own.

“Paulie was very unhappy,” Young said of his most iconic character. “He was sort of impoverished, he was jealous of his friend, even jealous that he gave Rocky to his sister. He was just sad.”

Yet fans of the Rocky series still loved him. Maybe we see a bit of ourselves in a bit of Paulie.

“I think so,” he said. “I think I could show everybody themselves a little bit. I get sad just remembering now.”

Being able to make someone with so many unlikeable traits lovable is a gift from a talented character actor, but that’s the way Young approached every role.

“I did what I could,” he said. “It could be big budget, small budget, I turned myself inside and out for a movie. It’s the same way I write – I live for the project.”

And what a project “Rocky” was.

“It had to do with the producers and the kind of gang we had,” Young said. “From Talia Shire to Sylvester, the gang we had, they put it together and it was a great ensemble. And in his (Stallone’s) writing, it took it further than just a movie. And of course, being a fighter, I loved the subject matter. I just loved it.”

what flavor ice cream did he have?

YO PAULIE! Your sistas with me, I'll calls U's back lata, cya!

[QUOTE=Lemonhead_Jeff;18666951]I was also undefeated under a number of different aliases before. That was the silliest thing I've read today. He went 17-0, and his manager, Cus D'amato, kept allowing him to change his alias? Why? Maybe he changed his name…

I had a patient who was a movie director and directed a couple of movies with Burt in it. He told me Burt was one tough sob. Also always came to work drunk (no wonder he played Paulie so good).…