The fight was tight and close in the first two rounds. Both guys were having their moments with solid punches while fighting on the inside.

Jennings was really putting his punches together well and letting the hands fly more often in the third. They were trading solid shots in the fourth round. Jennings was getting off better as they continued to exchange in the fifth. 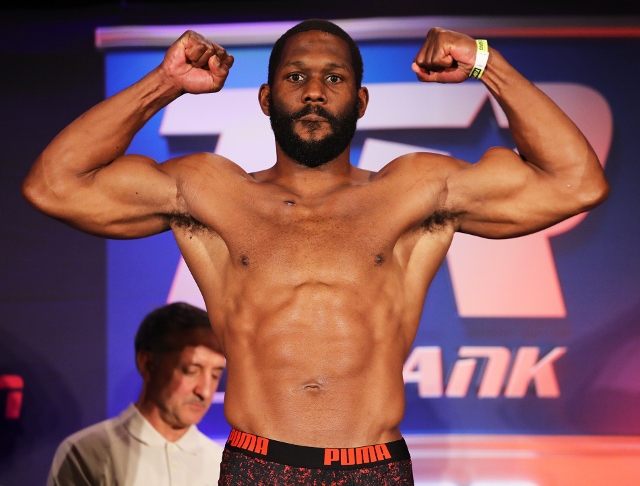 They continued to go toe to toe at the start of the sixth, with Jennings stunning Dawejko and pumping a good jab in the smaller boxer's face.

Jennings continued to land solid punches in the seventh round, as Dawejko was slowing down and appeared to be tiring.

Dawejko was getting outworked and outboxed in the eight and ninth. Jenning was working his jab and not allowing Dawejko to land anything of note.

In the tenth and final round, Dawejko started going for broke. Jennings was allowing him to get off at first, but then started firing back with a lot of punches from both hands.

Olympic silver medal winner Shakur Stevenson (6-0, 3 KOs) blew away Patrick Riley (12-1, 6 KOs) in the second round of a featherweight contest.

This was Stevenson's second fight of the year, after winning an eight round decision over Juan Tapia back in February.

Riley's record was very suspect, with most of his victories coming in against fighters with losing records or boxers making their pro debut.

The difference in class was fully on display in the first round. Stevenson was too quick, too good and too accurate.

He had Riley hurt in the first round and continued to punish him in the second. Riley went down from a series of punches during the second round. Once he got back up, Stevenson went for the kill and started battering him to force the stoppage - as the referee had seen enough and jumped in to wave off the contest.