Bryan Polaco and Omar Rosario both opted to turn pro during an originally designated Olympic year for the purpose of remaining active.

Their handlers are more than doing their part to live up to that promise.

The pair of amateur standouts and rookie prospects will both appear in separate bouts on the fall season premiere of Boxeo Telemundo, which takes place October 2 at Osceola Heritage Park in Kissimmee, Florida. 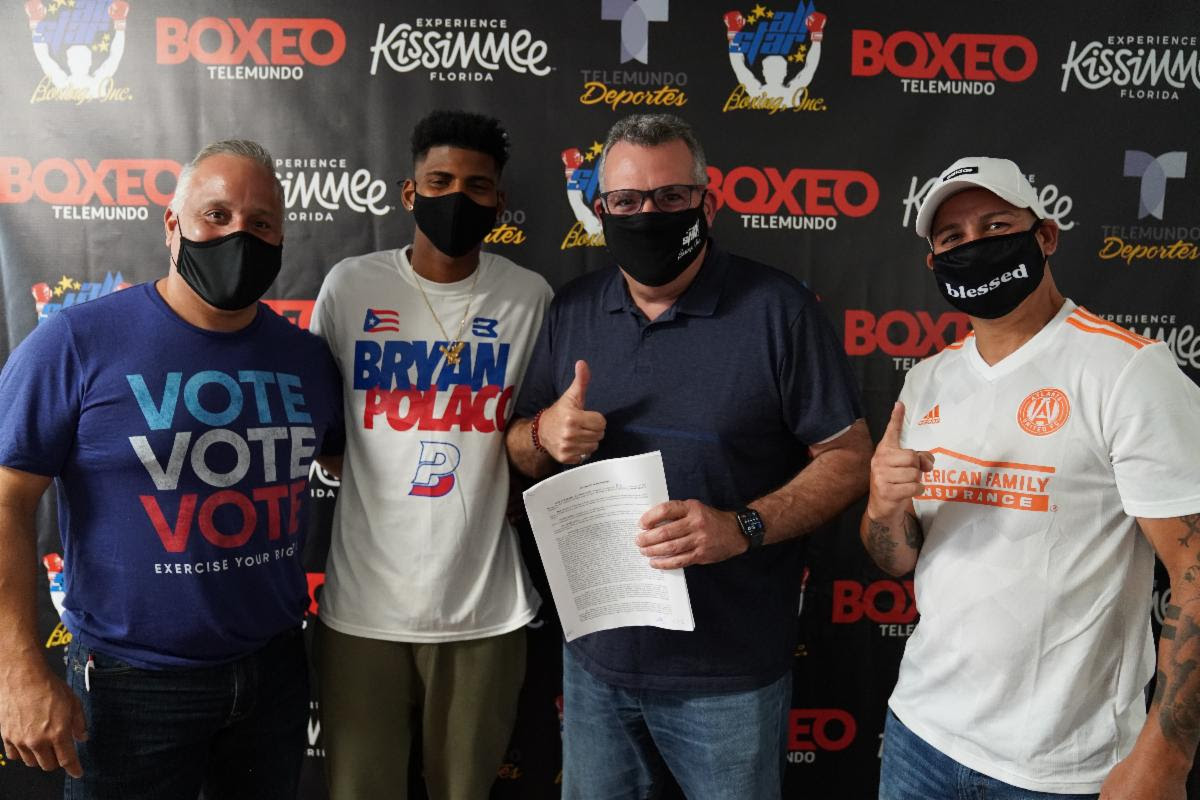 Polaco (2-0, 2KO) will make his third appearance on the circuit, as he faces Frederick, Maryland’s Ryan Burrs in a scheduled four-round junior middleweight bout. The 6’2” southpaw from Fajardo, Puerto Rico—who still plans to represent Puerto Rico next summer in the 2020 (2021) Tokyo Olympics—made his pro debut on the August 14 summer season premiere, scoring a 1st round knockout as was the case in his next fight three weeks later, with both taking place in this very venue.

“Nothing delights me more than coming to beautiful America city like Kissimmee and bringing the biggest night of boxing to those watching on Boxeo Telemundo,” noted Polaco.

Burrs (2-2, 0KOs) has also kept active, serving as the first career pro opponent for highly touted former U.S. amateur talent Javier Martinez. The two fought this past July, live on ESPN from The Bubble at MGM Grand in Las Vegas, with Burrs dropping a four-round decision to snap a two-fight win streak.

Unbeaten lightweight Luis Valentin (3-0, 1KO) fights for the first time out of his native Puerto Rico, as the 23-year old from Toa Alta faces Otar Eransoyan (1-0, 1KO) in a six-round battle.

Eransoyan—a 27-year old Georgian now based out of Miami—made his pro debut in this venue on the August 28 show, scoring a 2nd round knockout of DeShawn Kennedy. The show was topped by the summer series’ biggest upset, as Dennis Contreras scored a 5th round knockout of fringe featherweight contender Belmar Preciado.

Also on the show, Miami-based Cuban featherweight Hairon Socarras (22-1-3, 14KOs) will serve in the evening’s chief support in a six-round bout versus an opponent to be confirmed.

Bryan Polaco, and Omar Rosario, are two Puerto Rican fighters who are just starting their professional careers. They appear to want to fight as regularly as possible to build their records quickly. This is the best strategy for fighters to…