Apti Davtaev and Lucas Browne both want their heavyweight fight to be rescheduled as soon as possible.

Dmitriy Salita, Davtaev’s promoter, informed BoxingScene.com that he is in the process of trying to make that happen. Russia’s Davtaev (20-0-1, 19 KOs) and Australia’s Browne (29-2, 25 KOs) are remaining ready in hopes that they get a call soon with a new date for a 10-round bout Showtime was supposed to televise March 28 from Park MGM’s Park Theater in Las Vegas.

“I love the fact that I’m able to fight again, to fight in the USA and against a fighter like Davtaev,” Browne told Sky Sports. “He is a very strong and tough man, and it will be two men bashing away in the ring. I feel it will be a very good fight and very fan friendly.” 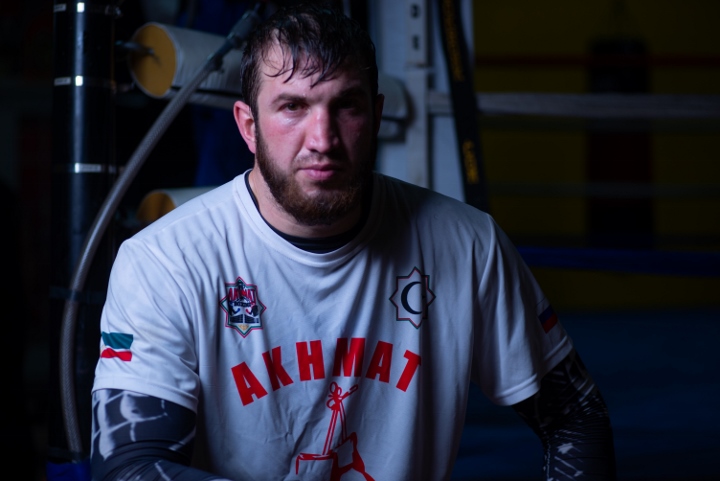 Davtaev replaced Otto Wallin as Browne’s opponent once Sweden’s Wallin (20-1, 13 KOs, 1 NC) suffered a fractured foot about five weeks before they were supposed to fight. Showtime’s entire card was canceled once the COVID-19 pandemic temporarily shut down the boxing business in the middle of March.

The 6-feet-5, 255-pound Davtaev would’ve fought for the third time in 2020 had he boxed Browne on March 28. He had already scored a knockout apiece in January and February.

“I was very excited about fighting Lucas Browne on March 28 in the U.S.,” Davtaev told Sky Sports. “It was going to be my coming-out party. He is a quality fighter. I was looking forward to the opportunity of showing that I am the new force in the heavyweight division. Training with ‘Sugar Hill’ Steward at his Kronk Gym for the last three years has improved every facet of my game.

“Having such a master coach gives me even more confidence when I go into the ring. He has helped me to utilize my size and power to produce impressive knockouts. I am hoping in the near future I will get a chance to showcase myself against a world-class opponent in Lucas Browne.”

Whereas Davtaev has an established partnership with Javan Steward, the 41-year-old Browne is working with a new trainer, Craig Christian.

“I’ve taken it down to once-a-day training during the pandemic to make sure I don’t burn out and over-train, but to keep active and busy and focused,” Browne said. “I’m in a new gym and with a new trainer, and am very excited about showcasing my skills and making a bang.”

Browne got comprehensively beaten by the mighty Dave Allen. Browne isn't even dangerous enough to hold down his bouncer job anymore.

Davtaev is vulnerable, but Big Daddy is washed. He needs to be fighting Tom Little instead

I'm off to flip a coin to see whose worst...

He's chechen, not russian, and why is he an idiot, because he's russian lol Price should quit with boxing for his own good and future of his closed ones